PETALING JAYA: Chicken importers in Singapore have expressed concern over sourcing birds from other countries after Malaysia banned the export of chicken from June 1.

“Supplies will still be hard to come by, especially at such a short notice.

“Even if importers place their bookings immediately, the supply of chickens can only arrive in two months,” he said.

The SFA is a statutory board under the republic’s Ministry of Sustainability and the Environment to oversee food safety and security.

Ma added that the price of chilled chickens would inevitably go up once the supply drops and demand continues to remain the same.

“These are simple market forces and cannot be helped,” he said.

Ma, who is also the chief executive officer of a chicken supply company in Singapore, said business revenue was expected to dip by 60% once Malaysia’s export curbs were enforced.

A poultry firm’s business development head, James Sim, was quoted as saying that the time frame for pivoting was too short with an uncertainty over how long the ban would be.

“As we are unsure whether the ban will be short-term or not, we have not made any decision yet and will work closely with the SFA on the next best course of action,” he said.

He said his firm also had no intention of sourcing from other countries as it had mainly worked with farms in Malaysia.

“Chickens from countries such as the United States or Brazil are frozen and we only deal with fresh chilled chickens,” he said.

Meanwhile, economists in Singapore were quoted by Bloomberg as saying that curbs on chicken export by Malaysia would see the prices of food with chicken content increasing in tandem.

“Food inflation, too, will remain elevated at between 4% and 6% versus an average increase of 1.5% over the past five years,” Lee was quoted as saying.

Oversea-Chinese Banking Corp Treasury Research and Strategy head Selena Ling was quoted as saying that Malaysia’s move to curb its chicken export was not insignificant.

“Although food comprises 21% of Singapore’s consumer price basket with meat accounting for just 0.1%, it does not make the move less significant.

“If it is persistent and more worryingly reflects on the protective measures by other countries over food security and inflation concerns, then it could result in a lose-lose scenario for all,” she was quoted as saying.

The SFA in a statement on Monday said it was closely monitoring the situation on imports from Malaysia while also working with importers to minimise the impact on the country’s chicken supply.

“While there may be temporary disruptions to the supply of chilled chicken, frozen chickens will remain available to mitigate the shortfall.

“We also encourage consumers to play their part by switching choices within and across food groups such as opting for frozen instead of chilled chicken alongside other sources of meat products,” it said, adding that approximately 34% of Singapore’s chicken imports in 2021 were from Malaysia, with almost all imported as live chickens before being slaughtered and chilled in Singapore. 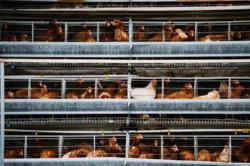 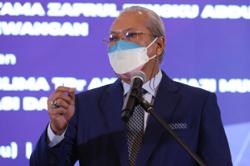