PETALING JAYA: Star Media Group Bhd (SMG) returned to the black with revenue increasing by 22.3% during the first quarter of its 2022 financial year as economic activities improved.

Its print and digital segment revenue increased by 23.3% against the first quarter of last year mainly due to the reopening of economic activities, which led to the increase in advertisement bookings.

SMG’s radio broadcasting arm reported a pre-tax profit of RM2.2mil for the latest quarter compared with a loss of RM0.72mil before.

The event and exhibition segment recorded a smaller loss of RM0.20mil in 1Q 2022 compared with a loss of RM0.48 million in the corresponding quarter.

On the group’s prospects moving forward, SMG said that with the reopening of the economic activities, it was seeing improvement in its financial performance since the fourth quarter of last year, with positive growth on revenue and a turnaround into profit in the first quarter of this year.

“Despite the improving consumer sentiment and business activities, we expect the market conditions to remain volatile in view of increasing pressure of inflation, the prolonged Ukraine crisis and the supply chain disruptions.

“The Group will continue its efforts in retaining and sustaining its investment in its digital transformation initiatives and strategies with the various digitally-driven products such as The Star Online, mStar and the newly launched BM news portal, Majoriti which aims to further strengthen our market share in the Malay community,” SMG said in a filing with Bursa Malaysia.

SMG said it would leverage on its existing assets to continuously look for opportunities that generate synergistic benefits and strengthen its existing products in the ever-changing market environment to further boost the performance of the group. 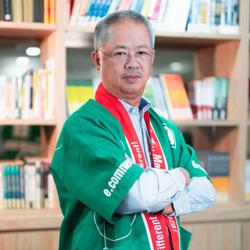