Govt to send chicken stocks to states that have supply issues

HULU TERENGGANU: The government through the Domestic Trade and Consumer Affairs Ministry will send chicken stocks to states that have supply problems.

Its Deputy Minister Datuk Rosol Wahid said this was a short-term solution following the closure of a livestock farm that was hit by production problems.

"The ministry will identify areas that are severely affected and will channel supplies to meet demand. For example, if there is a shortage in Perlis, we will cover it with the surplus of chickens in Penang.

"The move is to allay consumer concerns due to the lack of chicken supply in several states," he said as reported by Sinar Harian.

Rosol who was met at a press conference in conjunction with the Malaysian Family Sales Programme on Saturday (May 21) said the ministry was informed that only one farm could not produce chickens on May 22 and 23.

This, he added, was due to their chickens' inability to reach the supposed weight for it to be marketed.

"Investigations are carried out together with the Agriculture and Food Industries Ministry (MAFI) and we found that the chickens are suffering due to the lack of food supply apart from being infected with diseases.

"We have pictures that show the chickens are suffering from a disease, some only weigh 1.2kg. The chickens must be 1.8kg for it to be marketed," he said.

However, Rosol said the issue of chicken supply in the market should not have occurred because there was an increase of 6.6 million chicken stocks compared with a demand of six million.

"Supposedly, the issue of shortage should not have occurred as the supply of chicken has been increased due to increased demand.

"So, we will go down to the ground to investigate if there are any irresponsible parties holding on to the stocks in order to raise the price," he said, adding that investigation would be conducted in accordance with the Control of Supply Act 1961.

On Thursday (May 19), it was reported that Kuala Lumpur, Selangor, Negri Sembilan, Kedah and Perlis were expected to be hit with shortages of chicken supply for a period of two days following the closure of a livestock farm. 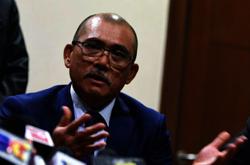 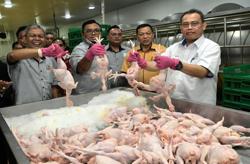