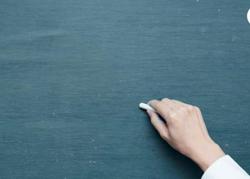 JOHOR BARU: The teacher of a private Chinese secondary school in Kulai, who had punished an entire class by making the students run 30 rounds around a volleyball court with face masks, has apologised for his actions.

This comes after one of the students, a 15-year-old girl, was hospitalised after suffering from palpitations and breathing difficulties following the ordeal.

MCA Iskandar Puteri division chief Datuk Jason Teoh said that the physical education teacher and the student’s parents have met and reconciled on Wednesday (May 18).

“The teacher admitted that he had erred in his judgment and should not have imposed such a punishment on his students. He regretted his actions and has apologised to the parents of the 15-year-old.

“The parents have also accepted the teacher’s apology after listening to his regrets and explanations when they met at the school.

“The parties involved have moved on from the issue and the important thing now is to make sure that the student is recovering well,” he said on Friday (May 20).

Teoh, who accompanied the parents to meet the teacher on Wednesday, added that the student returned home from the hospital on May 15.

“I have visited the student and she is doing well so far. I hope that the public will stop harping on this issue as it has been resolved in a peaceful way,” he added.

A Chinese daily had reported that a teacher had on May 11, punished an entire class by making the students run 30 laps with their face masks on, after several of them did not complete their homework.

One of the students later started to feel unwell and experienced heart palpitations after running 15 rounds. The teacher allowed the girl to walk through the remaining 15 rounds.

The student continued to feel unwell when she got home and landed in an intensive care unit (ICU) on the same day, reported the daily.

The aunt of the teenager later took to social media to air the family’s frustration about the incident.

Another post, with a photo of the student on a hospital bed, was later posted by the teenager’s mother.

The Facebook posts, which had been removed at press time, had sparked a heated conversation online.

Meanwhile, state education, information and communication committee chairman Norliza Noh hoped that such an incident would not happen again.

"This incident should have not taken place. There are more appropriate ways to give punishments to students, and this is definitely not the way.

"It has been announced that there is no need to put on face masks during outdoor sports activities and the teacher should also be aware of this.

"We will look into this matter and ensure that it would not happen again as it involved the safety of students," she said.