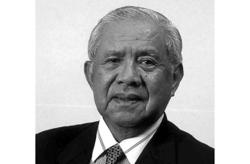 Their Majesties expressed sadness over Tengku Ahmad Rithauddeen’s passing and hoped that his family would be patient and resolute in facing the situation.

"Their Majesties pray that the soul of the deceased be showered with blessings by Allah SWT and placed with the righteous.

"Their Majesties appreciate and praise highly his service, deeds and sacrifices for the country," according to a post on Facebook of Istana Negara on Saturday (April 30).

Tengku Ahmad Rithauddeen, 94, breathed his last at his residence in Jalan Duta here at 8.43pm yesterday due to old age.

According to his son, Tengku Farith, his father was sent to a private hospital two weeks ago following a stroke and had been discharged, but suffered from shortness of breath yesterday and died. 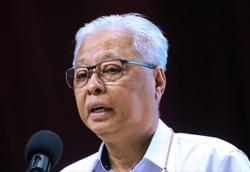