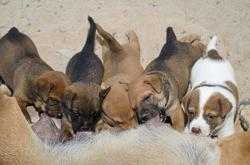 IPOH: In a fit of rage after his father and pet dog were knocked down by a car in Taiping, a man sought his own brand of “justice” by damaging the car with a stick.

The father, who was walking his dog at a residential area, sustained minor injuries and received outpatient treatment.

The dog, however, died at the scene of the accident.

In a 1-min 37-sec video that went viral on social media, a man wearing a black sleeveless t-shirt and jeans is seen holding a stick and repeatedly hitting the car’s rear windshield and the boot. Fit of anger: The man damaging the car with a stick.

News portal Majoriti reported that the man resorted to this because someone in the car allegedly injured his father.

The man becomes more agitated when a woman in the video is heard saying, “Only the dog died, and there is no need to create a scene, the matter can be discussed”.

In the video, the man is also heard using profanities and challenging the woman to come forward.

Commenting on the video, Facebook user Wanie Razwani claimed the owner liked to roam around the area with his dog on a motorcycle, and that the dog had the habit of jumping out and running everywhere.

“When vehicles come down from the Crystal Creek condominium, there is a dangerous bend and many motorists have to press on their emergency brake because the dog is there.

“There is no use blaming others if the dog has been run over, the owner is the one that put his dog in danger. I myself nearly hit the dog.”

Other Facebook users urged both parties to bring up the matter with the police.

“Whatever the issue can be discussed, there is no need to fight. Do not take matters into your own hands... that will be regretted later,” said Facebook user Azhari Khalit Mat Rie.

Taiping OCPD Asst Comm Osman Mamat said at about 9.10am on Jan 27, police came across the video uploaded on social media with the title “A dog died after being run over, so the owner decided to take revenge”.

He said the incident took place in front of Crystal Creek residence.

“One is the dog owner’s son while the other is a male friend of the car driver,” he said.

ACP Osman said the case is being investigated under Sections 323 (voluntarily causing hurt) and 427 (committing mischief resulting in loss or damage) of the Penal Code. 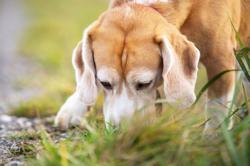