NIBONG TEBAL: Residents living around the smouldering peat fire at the Pulau Burung landfill are preparing to evacuate to escape the stifling smoke.

Civil servant Muhamad Fauzi Ishak, 38, has been living in Kampung Kebun Baru for more than 30 years, but this is the first time he has been asked to evacuate due to the peat fire at the landfill situated just about 2km from his house.

“When the landfill caught fire a few years ago, we were not asked to evacuate. It looks quite bad this time,” he said yesterday.

Muhammad Fauzi said he would be moving to SK Saujana Indah as advised by the authorities.

Another resident, Normah Abdul Hamid, 58, said she would have no choice but to move to the temporary shelter for the sake of her health.

“My husband is 70 years old and his health is not that good. I have been coughing, too, and have had difficulties breathing. We will make preparations to move as soon as possible,” she said. 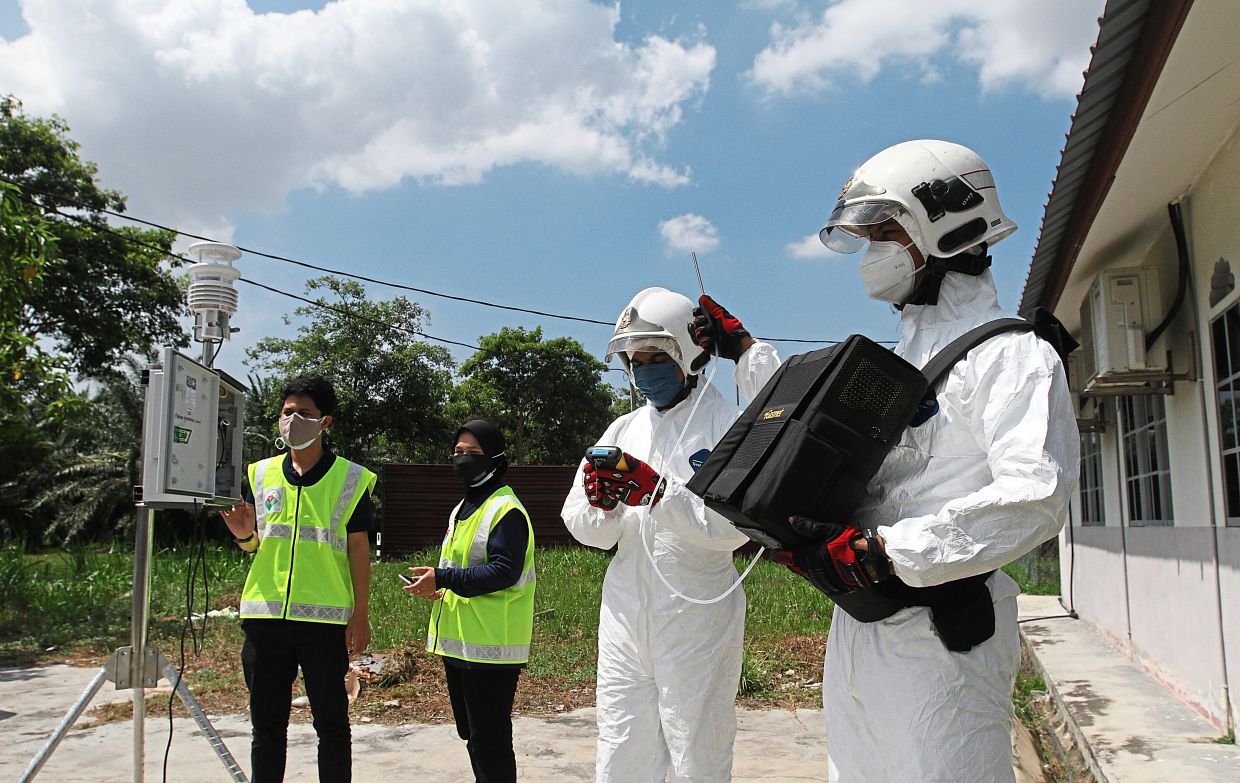 Smoky situation: The hazmat team from the Kulim Hi-tech fire and rescue station with Department of Environment staff conducting a test on the air quality at Chankat in Nibong Tebal. — ZHAFARAN NASIB/The Star

Normah said if the situation did not improve after a week, she might move to her daughter’s place in Jawi.

Another resident, Mohamad Hafiz Abdullah, 31, said he would not be moving to the relief centre but his sister’s house in Simpang Empat.

“If we are the affected victims, I think the authorities should provide us with an official evacuation letter so that our house is protected when we are away,” he said.

Kampung Kebun Baru Village Community Management Council chairman Nursyakila Abdullah, 48, said 115 people from the village had agreed to be relocated but there were some families who were refusing to do so due to personal reasons.

“Some are reluctant to leave their homes while others say they can’t abandon their livestock just like that,” she said.

Jawi assemblyman Jason H’ng, when contacted, said the affected residents were advised to relocate to the temporary shelter for their own safety.

“Currently, two schools have been designated for the affected residents,” he said.

“I really hope the affected residents will move to the centres for a while until the fire is totally brought under control.”

“We have identified the peat fire 20m under the rubble of the waste there.

“Our men have been working non-stop on a 24-hour basis to fight the fire since it broke out on Jan 12,” she said.

Firefighters from the Penanti, Kepala Batas, Nibong Tebal and Paya Terubong fire stations as well as personnel from the hazmat team in Prai and Kulim Hi-tech Park are taking part in the operations.

In another development, Deputy Environment and Water Minister Datuk Mansor Othman said action would be taken against the management company of the landfill if it was found to have contravened regulations.

“The investigation is ongoing and we are waiting for the report before we take any action,” he said.