KUCHING: Parti Pribumi Bersatu Malaysia’s Datuk Ali Biju may face disciplinary action for going against the party’s decision to stay out of the Sarawak state polls.

Party information chief Datuk Wan Saiful Wan Jan said disciplinary action may be taken against Ali, who is the incumbent Krian assemblyman, for contesting the seat under as an Independent.

Wan Saiful pointed out that according to Bersatu’s constitution, any member who contested in elections without the party’s permission was subject to disciplinary action “including termination of membership”.

“These rules apply in Sarawak. The party will make an announcement on the matter,” he said on Facebook on Monday (Dec 6).

Ali, the two term assemblyman for Krian is contesting the seat with four other candidates, including Bersatu’s ally from Gabungan Parti Sarawak.

On Nov 27, Bersatu president Tan Sri Muhyiddin Yassin had announced that his party will not be contesting in the Sarawak polls and would instead give their support to GPS to ensure the [party would have the majority to form the state government. 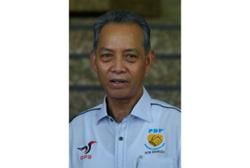