Will unplugging a USB drive without ejecting it doom your device? 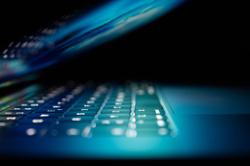 NO it will not, especially with modern computers and flash-based storage.

Ever bumped into the USB drive plugged into your computer and accidentally ejected it, resulting in a warning for "improperly ejecting a disk?"

Years of such scoldings have probably trained most users from the 90’s till the noughties not to play fast and loose with how they treat their external storage.

But does it really matter to eject your USB "properly?"

With the way modern computer operating systems (OS) work, it may actually no longer be an issue.

The same applies to its latest Windows 11 OS too.

Microsoft on its forums explains this was due to how it changed the management settings from "better performance" to "quick removal," the latter which enables users to remove the device without using the Safely Remove Hardware process.

It adds that this comes at a trade-off of slightly lower performance from the external drive, making the transfer of data slower.

Writer with Popular Mechanics magazine Rachel Z. Arndt warns that while sudden removal of flash memory devices is quite safe, she warns not to do so with hard drives.

"Absolutely, definitely do not remove spinning hard drives without ejecting them first.

"They need to be warned that soon you'll take away their power—and therefore their ability to spin.

"Even if a drive isn't USB-powered, it's still spinning, and it may be using files in the background," she says.

The physical aspect of external storage is also largely the reason such warnings against sudden unplugging exist.

In a widely quoted answer on social question-and-answer site Quora, veteran techy Phillip Remaker dives into the history of why users are recommended to safely remove external storage.

"In ye olde days, there were formal processes to physically ‘mount’ and ‘unmount’ storage media, and the physical act of mounting a tape or a disk pack triggered some mechanical switch to detect the presence or absence of media," he says.

In the USB connection era, users can now connect or disconnect external devices without being physically stopped by the computer.

However, if data is being read from or transferred to external storage, it can upset the system. Imagine it as snatching a book from someone engrossed in reading.

The Safely Remove Hardware process does several things to mitigate this upset: it stops all data writing activity; alerts programmes that the disk is going to be removed; and if some programmes are still running, warns users the disk is not ready to be removed.

Failing to give fair warning could cause glitches to a programme or even cause the loss of data. Plus result in a scolding from your PC.

He notes that modern computer OS are designed to defend against careless removal, short of if users are actually in the middle of transferring data.

He admits it’s a good habit to safely remove external storage since losing data sucks. But on-the-other-hand summarises that "life is too short to safely eject the disk."