He said Jamilah – who won the Tanjong Datu by-election in 2017 following Adenan's death – had expressed desire to step down.

"I want to thank Jamilah because it was not easy for her during that period as her husband had just passed away. I had asked her if it was possible for her to take over and she agreed," said Abang Johari.

"She has done her job very well for the last four years and I thank Jamilah for her contribution. We worked together to continue Adenan's vision for this particular area," he said when speaking to reporters after opening the Centre of Technical Excellence Sarawak (Centexs) campus in Lundu on Wednesday (Dec 1).

Should Jamilah step down, Abang Johari said it was appropriate to make way for Azizul to continue Adenan's vision for Tanjong Datu.

"I think he is well prepared and talented. His character – even his voice – is similar to his father," he said.

Asked if Azizul's candidacy was certain, he said he would confirm the matter when he announced the Gabungan Parti Sarawak (GPS) candidates on Friday (Dec 3).

Abang Johari had indicated in his speech earlier that Jamilah would not be defending her seat and would give way to her son.

"Maybe Jamilah will step down and she has prepared her son. InsyaAllah, her son may be one of the new faces we will introduce," he said.

Abang Johari also said it was the culture in Parti Pesaka Bumiputera Bersatu (PBB), the backbone party of GPS, to train young people to take over.

As such, he said it was common practice for PBB to field several new faces in every election.

Sarawak goes to the polls on Dec 18, with nominations on Dec 6. 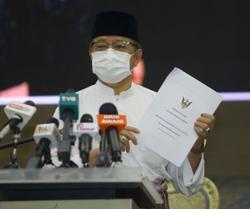 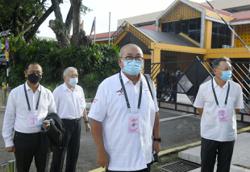