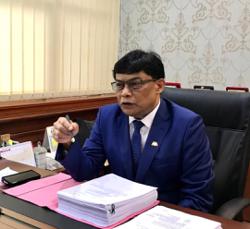 “Personal details of the informers and the information they provide will be kept confidential.

“There is no denying that some misconduct has been left unreported due to concerns that action would be taken against the whistleblowers.

“The state government takes this matter seriously. The information they channel to the authorities will be protected and their safety will also be assured under the Whistleblowers Protection Act 2010 and the Witness Protection Act 2009.

“The type of rewards they could get by providing the information depends on the agency or department they are in,” said Izhar during the state assembly seating at Bangunan Sultan Ismail yesterday.

Izhar was responding to a question from Chew Peck Choo (PH-Yong Peng) who was asking whether lower-ranked civil servants would be protected if they were to inform the authorities about the wrongdoing of their senior officers.

Chew also asked if they would be rewarded for the information.

Izhar encouraged civil servants to report on any misconduct or disciplinary issues they come across in their respective agencies or departments.

He said based on the current administration records, no cases involving disciplinary action has been reported in the past five years.

“Any wrongdoing or disciplinary offence among civil servants in the state would be referred to the Johor Public Services Commission, which acts as the authority to take disciplinary action, including to lay off or demote the person.

“Based on the commission’s record, no cases involving disciplinary action has been reported between 2016 and 2020,” said the state investment, entrepreneur development, cooperative and human resource committee chairman.

Separately, in an effort to improve waste management in Johor, the state government is looking into building a solid waste modular advance recovery and treatment (SMART) plant, which converts waste into energy.

The SMART waste-to-energy (WTE) plant would be built in Seelong, Johor Baru, and is expected to cost about RM600mil, said state housing and local government committee chairman Ayub Jamil.

“The project will be managed by state government subsidiary body, Permodalan Darul Ta’zim (PDT) in collaboration with private company, Cypark Resources Bhd through a public-private partnership.

“The first model of the SMART WTE plant could be seen at Tanah Merah, Negri Sembilan, which is also being managed by Cypark Resources Bhd,” he said.

He was responding to questions from Ee Chin Lin (PH-Tangkak) and Tan Hong Pin (PH-Skudai) who were asked about the state government’s efforts in reducing solid waste and plans for landfills that are no longer in operation. 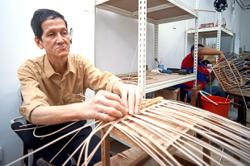