“They need about two months. It was submitted in September, and in November we will make a decision,” he said in reply to a supplementary question from Wong Tack (PH-Bentong) who asked why Lynas had yet to build a permanent disposal facility after the AELB urged the company to do so.

Adham noted the operating licence for Lynas had been renewed until 2023.

“Be assured that we will together defend the position of our country if there is any radioactive pollution,” said the minister.

He said the PDF was classified as a low risk area for floods. 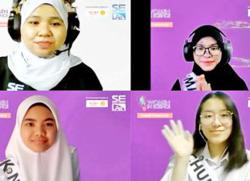