JOHOR BARU: Tourism players in the state have urged the government to include well known destinations in Johor under its travel bubble initiative.

“We have done what is necessary to get approvals from the authorities to activate a travel bubble here.

“There are about 600 tourism players in Mersing, including the islanders who are inoculated, while over 90% of the adult population in the district have received their first dose.

“We have also followed the strict guidelines set by the authorities as part of our preparation,” he said in an interview.

The ministry, he said, should allow island-hopping activities off Mersing’s coast, adding that this move would help the operators financially before the start of the monsoon in November.

“When the ministry announced that Pulau Tioman is among the three new destinations under the travel bubble, we were quite surprised as the island is not that far away from Mersing and will also be hit by the monsoon.

“Island-hopping activities can help the operators because when the government allowed domestic travels between July and October last year, some 30,000 people joined the island-hopping tours around Mersing,” he said.

Johor Tourist Guides Association chairman Jimmy Leong said it was unfair that several destinations in the state were being overlooked again.

He said under the travel bubble initiative, the criteria included having a proper checkpoint for tourists entering the area.

“We have taken several measures including implementing strict standard operating procedures that mirrored what are being practised by the Singapore Tourism Board.

“Johor has several ideal destinations that meet the criteria such as Legoland Malaysia, Desaru and islands around Mersing,” he added. 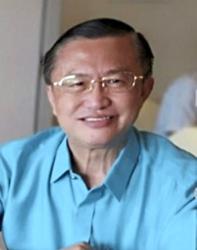