Its secretary Ahmad Firdaus Shaik Omar said the Phase Two transition was good news as Mersing was a top tourism draw in the state, being one of the main departure points for ferries to nearby islands such as Pulau Tioman.

“We urge the authorities to come up with a clear SOP (standard operating procedure) for boat operators under Phase 2 of the NRP,” he said yesterday.

Ahmad Firdaus said this was to avoid confusion among customers and operators on the number of passengers allowed on a chartered boat.

He said that the association has been taking proactive measures including having 600 tourism employees in Mersing, including islanders, inoculated.

“The Prime Minister’s announcement is very timely as operators are only able to open for business just before the monsoon season starts, which is usually in November, for about four months.

“Hopefully, our country can reach the 90% vaccination rate soon to enable interstate travel. Mersing will surely benefit,” he added.

“We have been placed under Phase One of the NRP for such a long time, which put many businesses in a very dire situation.

“With Johor in Phase Two, many small and medium enterprises (SMEs) are looking to restart their business,” he added.

Johor Indian Business Association president P. Sivakumar said even with the state under Phase Two, all should remain vigilant against Covid-19.

“The number of new cases in Johor remains at four figures daily and the number of deaths nationwide is worrying, so people should not take things easy,” he said.

On Wednesday, Prime Minister Datuk Seri Ismail Sabri Yaakob said Negri Sembilan, Pahang and Johor would move on to the next phases of the NRP effective today.

“Only hotels in Port Dickson have been enjoying good business on weekends after inter-district travel was allowed under Phase Three.

“The others are still suffering because they can’t have guests from outside the state due to the interstate travel ban,” he added.

Suresh said apart from Port Dickson, other budget hotels in the state were only registering an average 20% room occupancy rate. 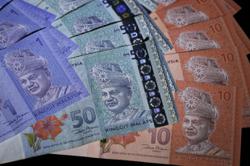 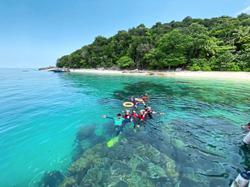