PETALING JAYA: Budget hotel operators want the government to regulate online travel agencies (OTAs), saying that the industry would not be able to sustain itself in the long run without regulations especially during the Covid-19 pandemic.

The Malaysian Budget and Business Hotel Association (MyBHA) also said that there was a need to enforce the short term residential accommodation (STRA) guidelines.

MyBHA deputy president Sri Ganesh Michiel said the commissions OTAs charged to the hotel operators meant that they did not get enough profit for the continuity of their business.

He said that the price war among the OTAs drove prices of hotel rooms down further.

"The operational costs are very high but the selling price of the rooms are low,” he said during a virtual press conference on Saturday (Sept 18).

An OTA is an online marketplace that allows consumers to book travel products and services, including hotels and flights.

Ganesh asked why the government could control bank interests and even the price of Covid-19 test kits but not the commissions earned by OTAs.

"The use of online services has increased and all efforts to revive the hotel and tourism industry will not be successful if the government fails to resolve the threats we are facing, especially those because of digitalisation," he said.

He said that these OTAs also conducted promotions without any notice or consent from operators and suspended the accounts of any hotels that refuse to cooperate with them.

He said that the whole industry had to be united before they could stop using these OTA platforms.

He said that 90% of the public were using these platforms as they were cheaper and that the rate of walk-ins had become less.

Sri Ganesh also said that customers were also preferring to opt for non-hotel condominium or residential units, where there was no need for operating permits or business licenses.

He added that they did not have to pay any taxes to the government and hoped that the matter could be addressed in the upcoming 2022 budget. 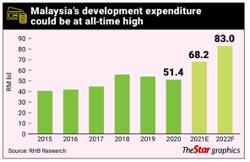 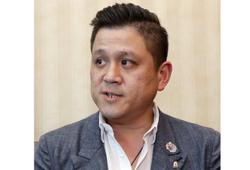