Police personnel dismantling the roadblock on the Federal Highway at midnight on Thursday (Sept 9). - Bernama pic

Putrajaya OCPD Asst Comm A. Asmadi Abdul Aziz said even though the roadblocks have been removed, the people were reminded to continue complying with the standard operating procedure (SOP) to contain the spread of Covid-19.

He said compliance operations would stepped up with additional personnel to ensure members of the public entering Putrajaya for recreation or domestic tourism adhered to the SOP.

The lifting of the roadblocks was announced by Prime Minister Datuk Seri Ismail Sabri Yaakob after inter-district travel in the Klang Valley was allowed when Selangor, Kuala Lumpur and Putrajaya moved to Phase Two of the National Recovery Plan on Friday (Sept 10). 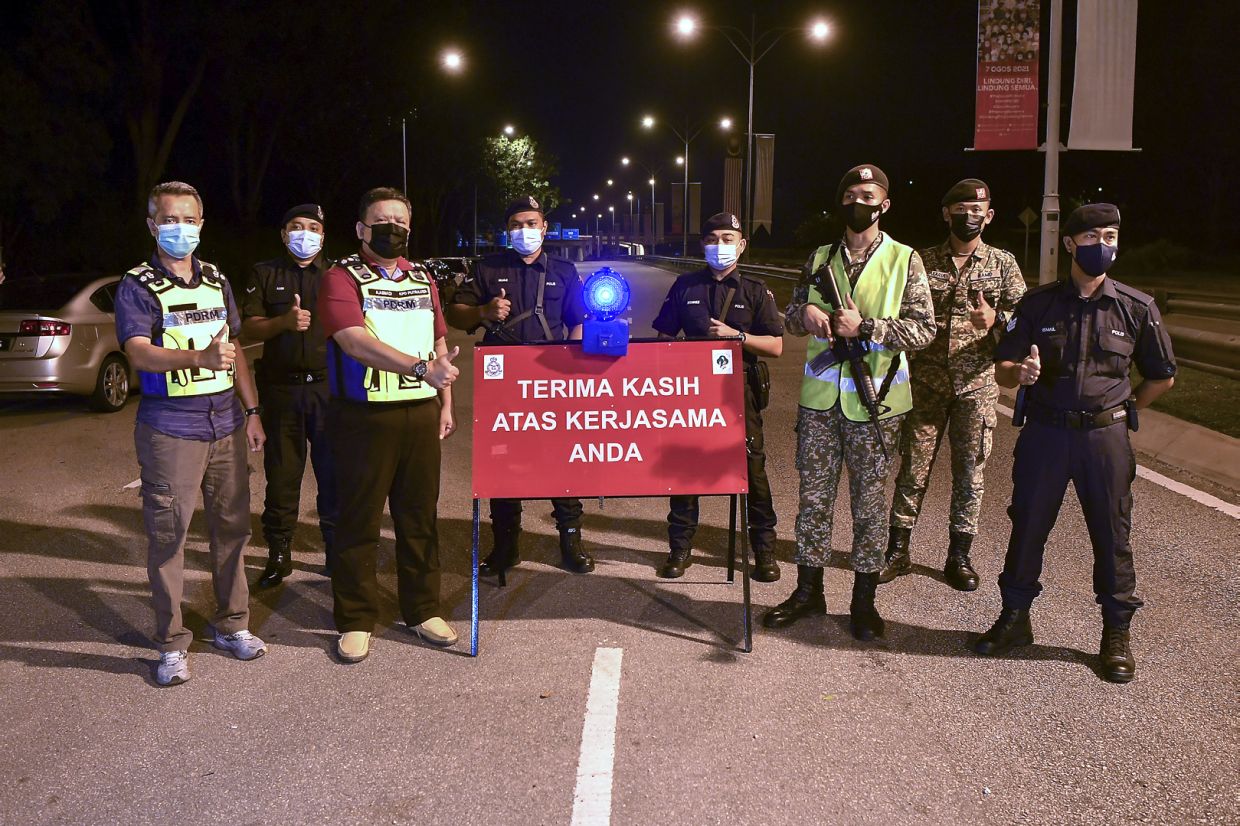