PETALING JAYA: To combat the proliferation of fake news, companies across the globe are resorting to artificial intelligence (AI) programs which are able to analyse and flag disinformation.

Firms like AlphaVu and Logically use these virtual sleuths to mine social media networks – where fake news thrives – and other platforms to detect trending news that may be false.

These companies, which sell their services to governments, also work with authorities and trusted experts to ensure the information that has been flagged as fake news is indeed untrue.

Locally, there are multiple efforts by the authorities to debunk fake news and uncover scams.

Similar to Snopes.com, the oldest myth busting website which was established in 1994, the Sebenarnya.my local portal was launched in 2017 by the Communications and Multimedia Ministry.

It includes a handy guideline that teaches the public how to spot misinformation.

The portal also lists viral news, categorising them as true or false, and encourages the public to report fake news.

The ministry also formed a Quick Response Team back in March, which has the responsibility of verifying viral news within 30 minutes to three hours of receiving a query.

The team works with other government agencies like the Malaysian Communications and Multimedia Commission (MCMC) and National Security Council (NSC) to speed up the process.

The police have also set up a website and developed a mobile application called Semak Mule that the public can use to find out if their bank account or phone number has been used by crime syndicates.

Once the user inputs the information, the site will verify if a scam report has been filed with the police involving their bank account or phone number,

At press time, over 8.57 million checks had been conducted on Semak Mule.

To find out more about the latest tech tools being used to fight misinformation and disinformation, check out today’s Lifestyle’s cover – Sifting Lies From Truth. 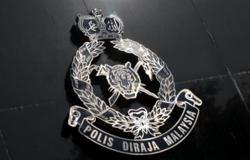