Diligence pays off for winners

Prizes galore: Foo, Kor and Ho are the lucky winners of the Star Media Group 50 Days of Giveaways Contest.

JOHOR BARU: Johnny Foo had bookmarked the microsite link to the Star Media Group (SMG) 50 Days of Giveaways Contest on his smartphone and set daily reminders so he would not forget to take part.

His diligence eventually paid off. The marketing and sales executive has won an Honor Magicbook 15 laptop.

“My wife and I have been entering the contest daily since early August,” said Foo.

“Now that I have won a prize, I will encourage my friends and other family members to join in the fun as well.

“I will continue entering too as I am eyeing the Mazda2 hatchback Grand Prize,” said the father of two. 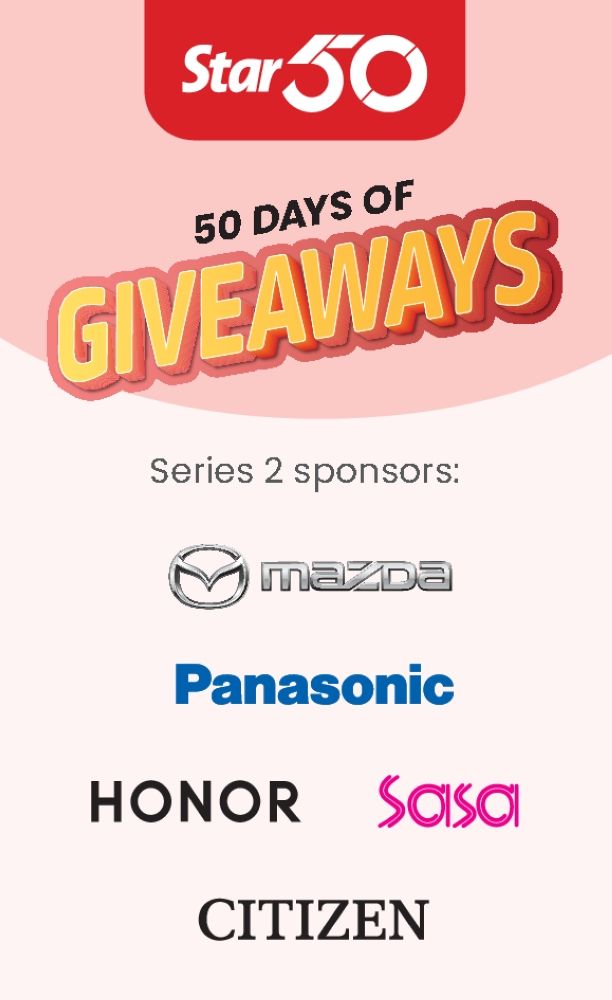 A 58-year-old grandfather’s perseverance in entering the contest also paid off when he won a brand new 55” TV.

Kor Kim Cheong from Ampang, Selangor, was overjoyed when he was informed that he had won the Panasonic 4K Smart TV worth RM3,739 in the contest’s second series.

“The easy questions and handy hints given were what made it that much more appealing, other than the attractive prizes.

“I have been participating in the contest daily since it started in July, to the extent that I can memorise the information of the brand sponsors,” quipped Kor, who has been a reader of The Star since 1984.

He said the TV would be put to good use especially during the pandemic when he and his family were spending most of their time at home.

“I will be moving my existing TV to another room and replacing it with my brand new one,” he added.

Another winner, Ho Say Kein from Subang Jaya, Selangor, considered himself lucky to walk away with a Panasonic nanoe and Double Mineral Ions Hair Dryer worth RM899.

“I entered the contest with an open mind, thinking that I would be happy to win any of the prizes.

“It became my daily routine to enter the contest after having my breakfast and reading the newspaper each morning,” he said, adding that he enjoys reading the Letters to the Editor section of the newspaper.

The 62-year-old former teacher plans to give the hairdryer to one of his two daughters.

Kuala Lumpur resident Leong Meng Yue, 66, said he was pleasantly surprised to have won a Citizen BE9174-55E watch in the contest as he was a fan of watches.

“I took part in the contest just for fun and to pass time, without aiming for any particular prize.

“This watch will be a nice addition to my collection,” he said.

The contest is ongoing with RM93,014 worth of prizes given out so far.

And here are the lucky winners for Series 2! All winners have already been contacted directly via phone/email.