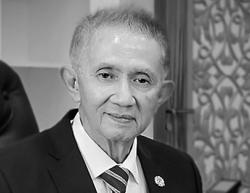 "Following the resignation, the Yang di-Pertuan Agong has agreed for Muhyiddin to perform his duties as caretaker prime minister until a new prime minister is elected.

"This is in line with Articles 40(2) and 43(2)(a) of the Federal Constitution which states that the King has to elect a member of the Dewan Rakyat that he believes has obtained the confidence of the majority of Dewan Rakyat members to chair the Cabinet," Ahmad Fadil said in a statement on Monday (Aug 16).

Ahmad Fadil said the King also had a meeting with the Election Commission chairman, who told him that as of Aug 10, of the 613 state constituencies, 484 (79%) are Covid-19 red zones.

He also noted that healthcare facilities in the country were in a worrying situation.

As such, he said the King believed holding the 15th General Election would not be the best option for the welfare and safety of the rakyat.

"The King hopes that the protracted political turmoil in the country that had disrupted the smooth running of the country would end for the welfare of the people and the country's economy that has been threatened by the Covid-19 pandemic," he said.

Ahmad Fadil also said the Yang di-Pertuan Agong urged the rakyat to stay calm and to pray for the country.

PM Muhyiddin arrives at Istana Negara, expected to have audience with King

PM Muhyiddin leaves Putrajaya on his way to Istana Negara 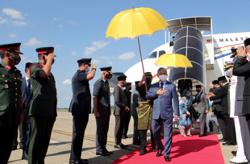 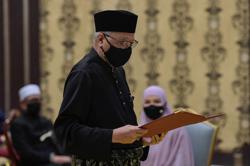