"We have agreed on a new policy direction which will be announced soon. The focus is now on accelerating vaccination and not just screening," he said when contacted Friday.

"Lockdown may not be the most effective response, now that the virus is in the community.

"Our focus will be to accelerate vaccination especially in localities with many positive cases," he said.

He noted only 50,000 vaccinations had been carried out in the state.

On a question whether state hospitals could cope with the surge, Masidi replied, "More than 90% of the cases do not require hospitalisation."

Sabah's figures have been continuing to climb for the past three-weeks hitting 818 last Sunday and continued to hover between 600 and 700 new Covid-19 cases over the past week.

Sabah triggered the nation's third wave after last year's Sept 26 snap state election that peaked at 1,099 cases in November last year before turning around and coming under control by early this year.

However, cases started to climb again over the past month though initially starting at prisons and offshore clusters.

According to Masidi, of the 1,066 new cases on Friday, 60% or 640 cases were from close contacts and Kota Kinabalu was the highest with 125 close contact cases.

Another 157 (14.7%) were symptomatic screening while another 141 (13.2%) were from existing cluster screening. Two new clusters - Batu 2, Tawau and Jalan Gunsapau-Ranau - contributed 16 cases. 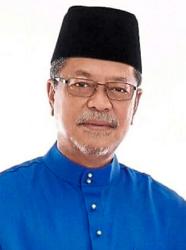