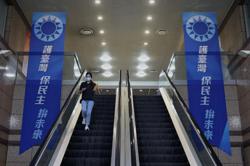 IPOH: Kampar MP Thomas Su has been suspended from DAP for three months due to a ruckus that broke out at the party’s state convention in March.

The party’s disciplinary committee sent a letter to Su, who is the national party assistant organising secretary on Friday (July 30) over the decision.

His suspension is effective from July 29. In the letter signed by the party’s disciplinary committee chairman Chong Chieng Jen, it was stated that Su had committed an act of indiscipline, and he is given 14 days to make an appeal to the Central Executive Committee.

When contacted. Su said he accepted the decision, and would not appeal.

“I will still carry out my duties as an MP.

“For the three months, I will not be able to represent the party in any functions or events,” he said.

On March 14, during the ruckus, Su alleged others were obtaining an unfair advantage for the state party polls.

Su was seen in a heated argument with Tanah Rata assemblyman Chiong Yoke Kong, the returning officer for the election.

On his Facebook posting, Su said while on his way back from Parliament, he received the letter on his suspension.

He said he had stated his case, and replied to the committee on the reasons for his action on the fateful day.

“Nevertheless, I accept the decision, and will remain loyal to my party.

“To my constituents, I will continue to serve you as a MP, whether in Dewan Rakyat or on the ground, honoring the mandate you have given me,” he said. 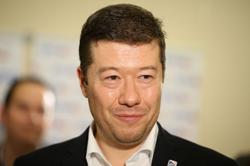