Mohd Rashid, who was chairing the session at 3.30pm, made the announcement in Parliament after he said a letter from Health director-general Tan Sri Dr Noor Hisham had revealed two positive Covid-19 cases.

The postponement until 5.15pm is to allow everyone in Parliament, including MPs, parliamentary staff and media officers, to be tested for Covid-19 at Gate 3.

"I regret to inform you that the Health Ministry revealed that on July 29, there were two positive cases in Parliament.

"First, an officer who attended Parliament on Monday (July 26) till Wednesday (July 28) was tested positive with a ct value of 18.7%, below 20. This is considered a high viral load and infectivity.

"The second case tested positive on Thursday (July 29), when he was screened in Parliament using the saliva test.

"Risk assessment found that those two cases have been present at many locations in Parliament during that period.

"No one, including MPs, officers and staff, is allowed to leave Parliament until swab test results are out. Priority will be given to MPs," he said.

This was the fourth time Parliament was adjourned in a single day, following a statement by the Palace that accused the government of contravening the Constitution on the revocation of the Emergency Ordinances.

In the statement, the King also expressed great disappointment with the government's decision to revoke six Emergency Ordinances without his consent.

There is also a hive of activity at the residences of Prime Minister Tan Sri Muhyiddin Yassin in Bukit Damansara, where ministers and the attorney-general are believed to be present.

The statement by the Palace is fuelling speculation that a new government could emerge soon in the current political landscape. 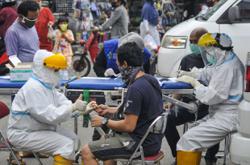 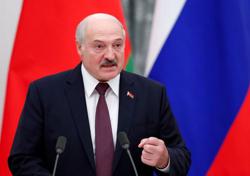