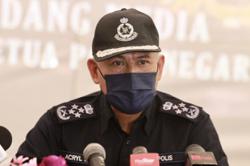 PETALING JAYA: Most people in the Klang Valley complied with the standard operating procedure during Hari Raya Aidiladha, police said.

On the eve of the celebration, only 355 compounds were issued to motorists nationwide for SOP violations.

“Based on reports in each district, our teams found that the majority of people followed guidelines,” he said.

The compliance teams were deployed statewide to patrol factories, residential areas, and places of interest. Those caught breaching SOP were issued compounds on the spot.

“Our compliance teams found the situation on the ground smooth. We hope the people will continue to abide by the SOP,” he said.

“They also issued 355 compounds for a number of SOP violations, including not having valid interstate or inter-district permits or supporting documents for travel,” he said.

He said police inspected a total of 456,019 vehicles throughout the country on the eve of the holiday.

SAC Sri Kumar said the number of vehicles ordered to turn back was the highest so far compared to 4,666 vehicles on Sunday, 3,672 on Saturday and 4,839 on Friday.

Separately, PLUS Malaysia Bhd said traffic along major highways around the Klang Valley was smooth.

A spokesman told Bernama the traffic flow along the North South Expressway was smooth with minimal traffic in both directions.

On Monday, Inspector-General of Police Datuk Seri Acryl Sani Abdullah Sani warned that action would be taken against those caught violating the SOP. 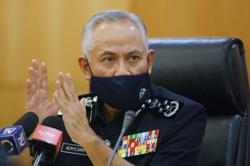