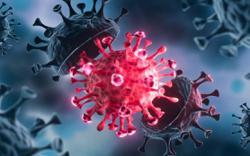 THE Orang Asli community at Kampung Sebir, Negri Sembilan, have taken matters into their own hands and enacted their own lockdown on their village, preventing outsiders from entering, China Press reported.

The village, which has 46 households with 250 residents, has put up signs that read “Orang luar dilarang masuk! Covid-19! (Outsiders not allowed! Covid-19!)” at the entrance.According to the village head, known only as Azi, the signs were put up to deter joggers, cyclists and peddlers from entering the village for fear that they would bring Covid-19 to the village.

“Before this, there would be a lot of outdoor enthusiasts who drive by at around 4pm every day.

“They would park their cars outside the village and walk towards the hills behind us to start their hike,” he told the daily in an interview.

Azi, who has had his first shot of the vaccine, said he put up the signs with the help of local kids.

“I was the one who gave the order to stop any outsiders from entering. All visitors must obtain my permission before being allowed to enter the village.

“After all, the safety of all villagers is my priority,” he said.

Kampung Sebir is a rural village in Labu, Negri Sembilan, which is around 9km west of Seremban.

> A primary school pupil in China started completing all his homework after being forced by his father to carry pails filled with faeces as punishment, China Press reported.

The Year Four pupil from Sichuan province often refused to finish his homework despite repeated pleas to do so from his father and teachers.

The father then decided that some manual labour at a farm would change his behaviour.

The pupil sobbed as he was asked to carry two pails filled with faeces (used as fertiliser) using a shoulder pole.

A video of his punishment went viral.

Little did the father know that the punishment would work wonders as his son promised that he would rather study than perform manual labour all day.

He claimed that since being punished, the son now willingly completes all his homework every day without having to be told.