IPOH: A Royal Malaysian Navy helicopter had to do an emergency landing at their base in Lumut on Monday (June 26).

However, a RMN West Armada spokesman did not reveal the cause of the emergency that took place at around 12pm.

“We have set up an investigation board to determine the cause of the landing,” he said in a statement. 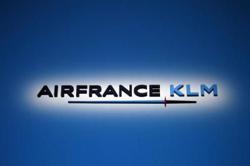