KUALA LUMPUR: A man and his wife claimed trial at the Selayang Sessions Court for negligence involving their underaged son who was made to inhale from a vaping device in a video that became viral on social media last month.

The pair, aged 23 and 21, who were jointly charged, pleaded not guilty after the charge was read out to them before Sessions Court judge Nor Rajiah Mat Zin here on Thursday (June 10).

According to the charge sheet, the couple, as the parents who have the child under their care, had neglected the boy - aged one and nine months - by letting him smoke a vaping device that could cause physical and emotional harm.

The offence was allegedly committed at a house in Taman Sahabat Jaya, Batu Caves, at 1am on May 2.

Earlier, Deputy Public Prosecutor Nur Shasha Hidayah Nor Azahar offered bail at RM8, 000 in one surety for each of the accused.

The couple, who were unrepresented, however, asked for a lower bail amount.

Nor Rajiah then fixed bail at RM6, 000 in one surety each.

The court also ordered for the couple to report to the nearest police station monthly and that they are not allowed to stay with the victim until the case is concluded.

The case is fixed for mention on July 16.

On May 5, it was reported that a man was arrested for allegedly allowing his underaged son to smoke vape following a police report lodged by a Welfare Department officer. 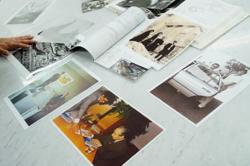