EMCO imposed in several areas in Perak, Melaka and Sabah from May 7-20 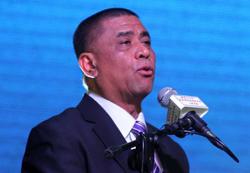 PUTRAJAYA: Several localities in Perak, Melaka and Sabah will be placed under the enhanced movement control order beginning May 7, after a spike in Covid-19 cases reported there.

In Perak, the lockdown will be enforced on Kampung Lubok Katak in Tapah where out of 45 swab tests, 22 individuals were confirmed to be positive for Covid-19.

Senior Minister Datuk Seri Ismail Sabri Yaakob said that Kampung Permatang Tulang in Jasin, Melaka will be under enhanced MCO after 83 positive cases were reported from 458 screenings carried out as of April 5.

“Health authorities are still waiting for the results of another 195 tests carried out on residents, ” he said on Wednesday (May 5).

In Sabah, the government will enforce the lockdown on SM Utama Pantai Manis in Papar, also effective May 7.

Ismail Sabri said that health authorities have screened 441 individuals of which 16 tested positive.

“After a risk assessment and with the advice from the Health Ministry, the government has agreed to place the localities in Perak, Melaka and Sabah under enhanced MCO until May 20.

“This will allow mass screenings to be carried out and to control movements so that outside community will not be infected, ” he said.

Covid-19: MCO for localities in Johor, Perak, Terengganu from May 7-20