Covid-19: MCO for localities in Johor, Perak, Terengganu from May 7-20 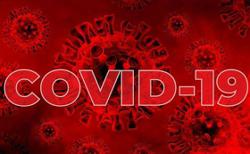 PUTRAJAYA: Several localities in Johor, Perak and Terengganu will be placed under the movement control order from May 7 to 20, says Datuk Seri Ismail Sabri Yaakob.

The Senior Minister (Security) said this was following a hike of Covid-19 cases in the areas.

The localities are - Johor Baru, Kulai and Kota Tinggi - in Johor, Taiping, Larut Matang and Selama in Perak and parts of Terengganu's Besut district.

Ismail Sabri said that for the three districts in Johor, the number of active cases there was high, with most cases being sporadic within the community.

He said the three districts have been classified as red zones with more than 150 cases reported while the capacity in hospital and intensive care units have reached above 70%.

“After a risk assessment on the situation there, the government has agreed to enforce MCO on the three districts effective May 7 to 20, ” he said on Wednesday (May 5).

As for the localities in Perak, Ismail Sabri said that the health authorities reported that there has been a sudden surge in the number of Covid-19 positive cases at the localities.

“The government has agreed to place the subdistrict of Taiping and Larut Matang district under MCO after being advised by the Health Ministry, ” he said.

The MCO will be also be placed on 14 sub-districts in Besut, Terengganu, he said.

"Between April 1 and May 3, the Health Ministry has recorded 406 positive cases from 5,617 screenings carried out on residents at the localities.

“Health authorities informed us that the surge in cases in Besut district stemmed from movements of students and workers from neighbouring state with infectivity reaching 95%.

“Besut also recorded 15 clusters within the period which has spread to other localities, ” he said.

The MCO will be enforced for 14 days until May 20.

Ismail Sabri said that during this period, mass screenings will be carried out to prevent further infection within the community.

Ismail Sabri said the lockdown in all these localities will enable authorities to initiate control and preventive measures to reduce infectivity.

He reminded the public are reminded that social events and dine-in are not allowed in areas where the movement control order is enforced.

He added that official or non-official events by the government or private sector is not allowed.

“The prohibition is enforced on all areas that are under MCO., ” he said on Wednesday.

Dine-in at restaurants are also not allowed at MCO areas and takes effect from the date the order is enforced.

Standard operating procedure for the MCO and details on other social activities such as sports and tourism is available on the National Security Council website at https://www.mkn.gov.my.