SIBU: Two suspects have been arrested in Kanowit for threatening to shoot a lorry driver on Friday (March 26).

Kanowit OCPD Dept Supt Tega Bilong said a 55-year-old lorry driver lodged a police report after a suspect threatened to shoot him at about 5pm on Thursday (March 25).

He said the suspect alleged that the lorry driver had an affair with the suspect's wife while he was working overseas.

The victim claimed he was on his way home to Nanga Bat on a motorcycle when the two suspects, aged 45 and 55, stopped their car in front of him.

"As he was scared, he quickly ran off. He had also received a text message from the suspect's wife that her husband was going to shoot him," said DSP Tega.

He added that the 45-year-old suspect, the husband of the woman, had borrowed the gun from the other suspect.

The case is being investigated under Section 506 of the Penal Code for criminal intimidation and Section 8 of the Firearms Act. 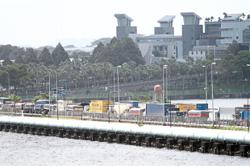