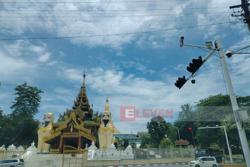 KUALA LUMPUR: The staff of the North Korean embassy vacated the premises here at around 11:00 am on Sunday (March 21).

Issuing a statement before leaving, North Korean counsellor Kim Yu-song said that the Malaysian government will bear the consequences of what had transpired.

“This incident is an outright product of an anti-DPRK conspiracy created from a heinous policy by the United States, ” he said.

He added that the incident “deprived the state of its sovereignty" and added that the Malaysian authorities are "blindly gaining favour" with the United States.

"The Malaysian authorities deliver our citizen to the US, thus destroying the entire foundation of our bilateral relations," said Kim.

Earlier this month, a Kuala Lumpur court ruled for the extradition of one of its citizens, Mun Chol-myong, to the United States to face money laundering charges.

Earlier at around 9:10am, a bus was seen entering the embassy grounds.

The vehicle entered the compound, passing through a police checkpoint in front of the embassy.

This follows Malaysia denouncing North Korea’s decision to sever diplomatic ties and in an immediate response, ordered all diplomatic staff and their dependants at Pyongyang’s embassy in Kuala Lumpur to leave the country by this weekend.

In a strongly-worded statement on Friday (March 19), Wisma Putra described the North Korean unilateral decision to cut ties as “unfriendly and unconstructive” and that it was against “the spirit of mutual respect and good neighbourly relations among members of the international community”.

“At the same time, the government will issue an order for all diplomatic staff and their dependants at the embassy in Malaysia to leave Malaysia within 48 hours from today, ” said the Foreign Ministry.

This comes after North Korea's state media KCNA reported that it would sever diplomatic relations with Malaysia after Mun's extradition to the United States was granted.

Diplomatic relations appeared to be warming up with a reassurance from the Pakatan Harapan federal government in 2018 but it failed to fully materialise. 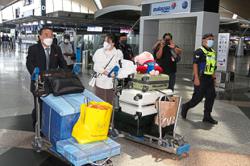