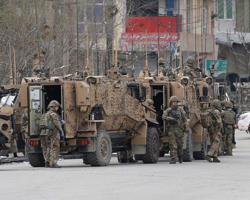 MELAKA: Melaka police have arrested a group of people with fake Justice of Peace (JP) titles during the second phase of a special operation against such individuals.

The crackdown on those with fictitious titles came after the police arrested three individuals, aged between 43 and 57, over suspicion of issuing fake titles on March 4.

The individuals, included a husband and wife, were part of an unrecognised organisation known as the congregation of ‘Datuks’ which had been active for the past two years.

It was learned that they were arrested under the special operation personally overseen by Melaka police chief Deputy Comm Datuk Datuk Abdul Majid Mohd Ali.

The operation, led by Melaka Commercial Crime chief Supt E. Sundra Rajan, is expected to see the arrest of more individuals in the state over the next few weeks.

The recent series of arrests were made after the police gathered intelligence and questioned various groups on the existence of fake JP titles following dubious conferment in the state recently.

The awarding of JP in Melaka had stopped since 2012.

A reliable source told The Star that the one JP certificate was offered at the price of RM80,000 and many individuals are going around explicitly claiming to be JPs by producing the fake certificates.

The source claimed that the fake JP certificates looked similar to the original document that was awarded before 2012.

“People are willing to pay the sum for the certificate and car insignias without realising that it can land them in trouble, ” the source said.

The conferment of the JP was made in conjunction with the official birthday celebration of the Yang di-Pertua Negeri since 1977 and a total of 724 people had been given the title as of 2012.

Melaka’s Justice of Peace Council (JPC) president Amir Hamzah acknowledged there had been illegal sales of the awards and a police report was lodged after several individuals came forward to expose the syndicate.

“JPC is unsure how the certificates were obtained, ” he said adding that they had introduced new car insignias with high-security features to check the matter.

“The membership number and other details will be incorporated onto the insignias and those who had registered with JPC are entitled to receive the item.

“The JPC database has also been updated to weed out fake recipients.

“JPC is serious in preserving its reputation and would not hesitate to act against any individuals trying to sully the council’s standing, ” he said and urged the state government to reinstitute the conferment of JP to avoid the people from being cheated into obtaining bogus honorary title.

“The duty of a JP is not just putting his or her rubber stamp on letters for verification but more than that, ” he said.

JP is considered an influential title among Commonwealth countries and in Malaysia, most states continue to award it as honorary titles. 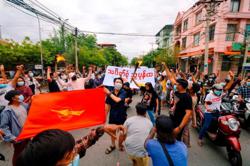