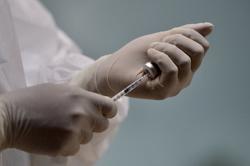 National effort: The second phase of the vaccination campaign from April to August will involve 9.4 million people from high-risk groups such as those with medical conditions. — FAIHAN GHANI/The Star

PETALING JAYA: There should be no cause for “vaccine hesitation” among the elderly as Covid-19 vaccines are safe for all age groups, say health experts and age-care groups.

Malaysian Healthy Ageing Society president Dr Wong Teck Wee believes that the fear among the elderly stems from some reports on deaths occurring after the vaccine was taken, citing cases in Norway where 23 elderly persons died.

After probes by the health authorities in those countries, Dr Wong said the cause of death was found to be not related to the vaccine but from an underlying medical condition.

“Misinformation is then spread after non-traditional news outlets pick up the story and expand it, and even anti-vaxxer groups would highlight the issue and pass it on.

“When it is passed on by the reader, perhaps the young who read it, it spreads to the elderly. A lot of fake news then is used to mislead the elderly, ” he said.

Dr Wong, who is also a cardiologist, encouraged the elderly to get vaccinated as they are categorised as high risk.

Vaccinations have been ongoing in different parts of the world for around three months now, and there still hasn’t been any evidence that the Pfizer-BioNTech vaccine is unsafe, said Dr Wong, adding that Pfizer has so far been transparent with their trial outcomes.

“When the vaccine was first rolled out, we were not sure how safe it was but now that it has been given to millions of people around the world, we have seen no real harm to those who have been vaccinated.

“If you look at the risk benefit ratio, if the elderly is infected by Covid-19 the chances of dying is higher. The benefits here are more than the risk. They should take it. There is no doubt at all, ” he said.

Association for Residential Aged Care Operators of Malaysia (AgeCope) president Delren Terrence Douglas believes that it is not the elderly who are reluctant to be vaccinated, but the young.

wants to have a discussion first and in a family you have the pro-vaccine and the anti-vaxxers. This is why there is a delay.

“The elderly actually are not even aware of what is going on, but when you tell them about it most would just agree to be vaccinated, ” he said.

Douglas also assured the elderly they would first be examined by a doctor before being vaccinated.

“They will assess your health condition before agreeing that you can be vaccinated. They will not simply vaccinate, ” he said.

The government should embark on an awareness campaign that informs the public on why they need to be vaccinated, he added.

The World Health Organisation (WHO) recommends that older adults be prioritised for inoculation.

The age threshold of the adults prioritised for vaccination is to be determined at the country-level, based on risks specific to a country or region.

WHO said that given that mortality rate among older individuals is much higher, even if vaccine efficacy were to be relatively lower among this age group, recommendations to prioritise the elderly would not change.