PETALING JAYA: Those planning to use their influence or position to “potong queue” (cut the queue) and get access to the Covid-19 vaccination before their turn better think again.

Malaysia kicked off its National Covid-19 Immunisation Programme on Feb 24 but claims of queue-jumping have emerged on social media and this has caused a public outcry.

They include allegations that several aides to politicians and senior government officials had got their vaccine despite not qualifying for the first phase of the national programme.

The government said it has since taken strict measures to investigate all such claims and to make sure that no one is able to slip through and cut the vaccination queue.

In some countries, vaccine queue-jumping has led to angry public demonstrations and even the resignations of public officials.

“Queue jumpers need to be reminded of the power of the media and the electorate (in the case of politicians) who are obviously watching any attempt at cutting queues and putting themselves and their inner circle ahead of everyone else, ” said Universiti Malaya epidemiologist Prof Datuk Dr Awang Bulgiba Awang Mahmud.

In Malaysia, frontliners are currently being vaccinated in the programme’s first phase that will end next month.

The second phase from April to August this year will involve high-risk groups and those aged 60 and above, while the rest of the Malaysian population aged 18 years and above will be vaccinated in the third phase, which is from May 2021 to February 2022.

On Sunday (Feb 28), Twitter user Dr Rafidah Abdullah posted that she had received many messages about vaccination queue-jumping.

The Special Vaccine Supply Access Guarantee Committee then issued a list specifying who exactly is a frontliner, and said it would not allow anyone not on the list to jump queue.

Khairy said that a special sub-committee had also been set up to investigate complaints about those who jumped the queue to get the vaccine meant for frontliners under the programme’s first phase.

“Officers of state executive councils, mentris besar and state secretaries are not included in the list. This includes family members and spouses of Cabinet ministers and lawmakers, ” he said.

Khairy said they must wait for their turn and “don’t even try to register and jump the queue”.

He said there was confusion on the definition of frontliners, which led to several aides to politicians and senior civil servants jumping the queue.

With the clear guidelines, Khairy said officers at the vaccination centres would not bow to any pressure but ensure only those eligible would receive the vaccine.

He said those who want to lodge complaints on queue jumpers could do so anonymously to protect their identity.

“I have received several complaints via email and will personally look into it, ” he said.

Health Minister Datuk Seri Dr Adham Baba was reported saying the government had a law against such practices and that those found guilty could be fined.

Dr Awang Bulgiba said there must be no loopholes or flaws in the vaccination registration system that could give space for the irresponsible to jump the queue. “Queue-jumping undermines the people’s trust in the authorities and will make the job of delivering important messages to the public harder than ever, ” he warned.

Dr Awang Bulgiba said the authorities must keep a close eye out for queue jumpers amid reports that the pace of registration for the vaccination via the MySejahtera app was slow at present.

He added that said the slow pace of registration could motivate queue-jumpers into trying to get the vaccine before their turn.

The Authorities, Dr Awang Bulgiba suggested, should consider the use of tools such as artificial intelligence (AI) to help weed out attempts by those who do not qualify as frontliners to get ahead of the queue.

He said the government should also step up its campaign to get more people to register for the second phase of the programme to make sure that all senior citizens get vaccinated on schedule. 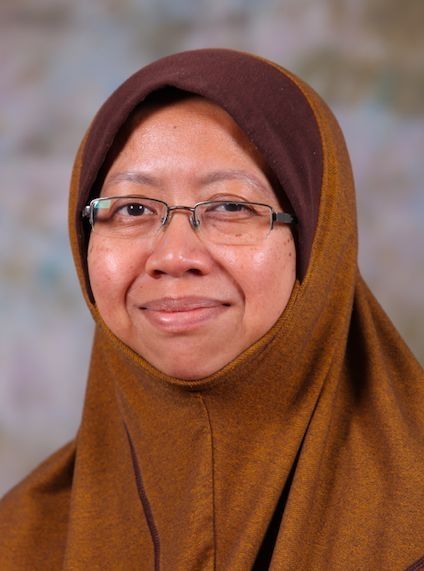 "Those who deserved to be vaccinated earlier but are less fortunate may be pushed to a later date and this may expose them to the risk of infection and complications of the disease," she said.

Dr Malina said another possible reason that some were trying to get ahead of the queue is the belief that the Pfizer-BioNTech vaccine being used currently is superior to others that Malaysia will also use.

In addition, some influential people may be demanding to get their shots early so that they can get an immunity passport to make it easier for them to travel overseas.

"I would suggest that the government agencies provide a fair description for all types of vaccines and avoid highlighting a particular type of vaccine in their promotion.

"The list of those who have registered and ensured for the vaccine should also be made transparent and available for all," she proposed, adding that a receipt of acknowledgement on the date of vaccination, place and batch of vaccine should be presented as people complete their registration process.

Malaysian Medical Association president Datuk Dr Subramaniam Muniandy said all queue-jumping attempts must be stopped to avoid the impression that the system can be manipulated to the advantage of certain individuals. "Those in the higher risk groups should be immunised first according to the order of priority groups listed in category 1 and 2 of the government’s guidelines.

Dr Subramaniam added that the issue should not be taken lightly as it can affect public confidence, and urged authorities to be clear on its policies, both on paper and in implementation.

“Every shot of vaccine must be accounted for therefore stricter control is needed.”