PETALING JAYA: While the World Health Organisation (WHO) did recommend that the elderly be prioritised for Covid-19 vaccination, some countries have decided on a different approach.

WHO said people aged 65 and above should be among the first to be vaccinated, as they face a higher risk from the virus.

“While vaccine supplies are limited, it is recommended that priority be given to health workers at high risk of exposure and older people, ” said its statement.

The United States’ Centres for Disease Control (CDC) also encouraged vaccinating nursing home patients and workers first, with some cities already vaccinating 42% of those aged 65 and above.

But Indonesia and China have chosen to prioritise younger people, alongside essential health workers.

Indonesian officials said that the move helped limit the spread of Covid-19 as younger people are more socially mobile and there is evidence to suggest that they spread the virus at a higher rate.

China’s policy is similar, focusing on people aged 18 to 59 who are more likely to spread the virus.

Some experts have said that there are merits to both approaches, and it remains to be seen which of the two is more effective.

In Europe, some countries held off giving the Oxford-AstraZeneca vaccine to elderly populations due to inconclusive data on its efficacy among those in the age group.

But Britain, which is also prioritising older populations, recently published data which showed that the vaccine reduced the risk of serious illness caused by the virus by 80% among the elderly. 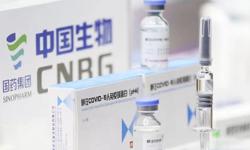