PETALING JAYA: The Oriental Magpie-robin, commonly known as the murai kampung, has joined the list of the country’s popular songbirds headed for trouble.

A report by wildlife trade monitoring group Traffic and the Department of Wildlife and National Parks Peninsular Malaysia (Perhilitan) cautioned that the bird, Copsychus saularis, is being rampantly trapped in Malaysia and smuggled to feed international demand for the pet trade.

Although the bird is common in the wild, the Smuggled for its Song: The Trade in Malaysia’s Oriental Magpie-robins report said large numbers were being intercepted in seizures, with at least 26,950 birds confiscated in just 44 incidents that implicated Malaysia from January 2015 to December 2020.

“Research shows that a staggering 66% of these birds were smuggled in 2020 alone, ” it said.

Findings also indicated that between January 2015 and December 2020,63% of the birds were intercepted in Peninsular Malaysia while 64% – 17,314 birds – were smuggled into Indonesia.

“This points to Malaysian population of the Oriental Magpie-robin being targeted to feed demand in neighbouring countries, particularly Indonesia.

Seizures in Malaysia took place in only four states – Johor, Melaka, Sabah and Sarawak – implicating these places as key source or consolidation points for smuggling.

Large shipments of the birds were mostly smuggled by sea from Peninsular Malaysia to Sumatra, particularly across the Singapore Strait from the south-east Johor coast to the Riau islands, and overland from Sarawak to Kalimantan.

Online monitoring by Traffic also showed that the species was popularly sought after in Malaysia.

“In two rapid assessment surveys of all wildlife pet trade on a popular local e-commerce site, the Oriental Magpie-robin was the second most numerous animal recorded in 2018 and 2020.

“A separate rapid assessment of live wildlife pet trade on Facebook groups in 2019 also found that it was the ninth most numerous animal recorded, ” said the report.

Classified as a species of “least concern” under the International Union for Conservation of Nature, the bird is currently not on any of the country’s protected lists, except Sabah’s Wildlife Conservation Enactment 1997.

“History has shown that when sought-after species are not properly regulated, wild populations can be depleted quickly.

“Take for instance the once common Straw-headed Bulbul, which has now vanished from much of its range because of trade, ” said South-East Asia Traffic director Kanitha Krishnasamy.

The Straw-headed Bulbul – the burung baram or barau-barau – is now critically endangered.

Like the Straw-headed Bulbul and the White-Rumped Shama (murai batu), the Oriental Magpie-robin is highly sought by songbird enthusiasts and entered into songbird competitions across Indonesia.

According to the report, the Oriental Magpie-robin was trapped to near extinction in the wild in Singapore in the 1980s and required a conservation reintroduction programme to reverse the trend.

The report is now calling for greater collaboration between Malaysia and Indonesia as a priority to investigate and disrupt the trafficking chains and for improved legal protections for the species in Malaysia. 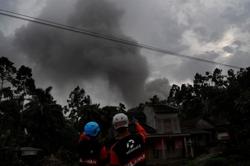 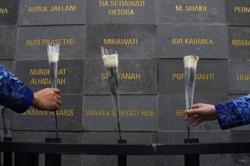