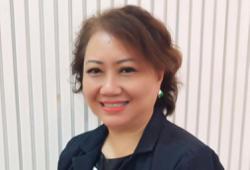 A GSC cinema staff at Mid Valley Megamall spraying disinfectant in preparation of opening cinemas to the public on March 5. Moviegoers can buy tickets online to eliminate the necessity to queue up.

PETALING JAYA: Wellness and cinema industry operators have welcomed the government’s decision to allow them to reopen under the conditional movement control order.

“We have received a lot of positive reaction from moviegoers welcoming the reopening of cinemas as they have been waiting for such a long time to be able to enjoy their favourite movies on the big screen.

“From the start, we have been practising very stringent standard operating procedure as mandated by the National Security Council (NSC), like social distanced seating, wearing of masks, and sanitisation of the hall after every screening, among others, which will be the same with this opening, ” she said when contacted yesterday.

Koh said moviegoers could buy tickets and concessions online which would eliminate the necessity to queue.

“The very nature of going to the movies does not entail talking or mingling as you are all facing the screen absorbed in the movie which makes it a safe entertainment option, ” she said, adding that the health and safety of GSC customers remained a top priority.

The public can look out for movies such as Raya and the Last Dragon, which is scheduled for release on Friday as well as Godzilla vs Kong at the end of March.

On Tuesday, the government announced that Selangor, Johor, Kuala Lumpur and Penang would now fall under the conditional MCO category from March 5 to 18, while Melaka, Pahang, Terengganu, Sabah, Putrajaya and Labuan would be placed in the recovery MCO category, joining Perlis.

Malaysian Association of Wellness and Spa (Mawspa) president Dorothea Justin Moduying also said they were grateful with the announcement, noting that times had been tough as several of its members had permanently shut down their outlets during the MCO period.

“We are glad that we are now allowed to reopen, but we also note that there may still be reluctance among the public. We have to engage with the people and assure them that there has been no clusters here and that high hygienic levels are maintained.

“We are also looking forward to the vaccine campaign which we believe would boost our industry once again, ” she said.

Dorothea added that its members were now preparing for reopening by disinfecting their premises.

She also asked the government to extend the moratorium as they were one of the last industries allowed to reopen.

“Our industry does not just include the beauty sector, but also those providing post-stroke treatment, chronic pain relief treatment, sports massage, among others, ” she said.Malaysia Association of Therapist Industry Development (Matid) president Dr Baskaran Kosthi said those living in the city, who need a relaxing place to hang out, would now be able to do so.

However, for businesses that depend on tourists such as those on island destinations as well as those in resorts will continue to suffer.“About 80% of businesses in the industry have closed down for good since the MCO in March last year. They cannot sustain for almost one year. It has been tough, ” he said.

Matid honorary secretary Dr Philma Navarro said they would continue to adhere to the strict SOP.