JOHOR BARU: A woman, who was acquitted of ramming into a group of 30-odd teen cyclists and killing eight of them in 2017, will now enter her defence after the High Court overturned the earlier decision.

She ruled that the prosecution had proven a prima facie case against Sam Ke Ting.

Sam, 26, was charged with driving recklessly and dangerously, which resulted in the death of eight cyclists, under Section 41(1) of the Road Transport Act 1987, which provides for a jail term of not more than 10 years and a fine not exceeding RM20,000, upon conviction.

Exactly four years ago, on Feb 18,2017, the eight teen cyclists were killed while another eight were injured when a car driven by the accused ploughed into the group.

The incident occurred at about 3.30am along Jalan Lingkaran Dalam near the Mahmoodiah Muslim cemetery here. 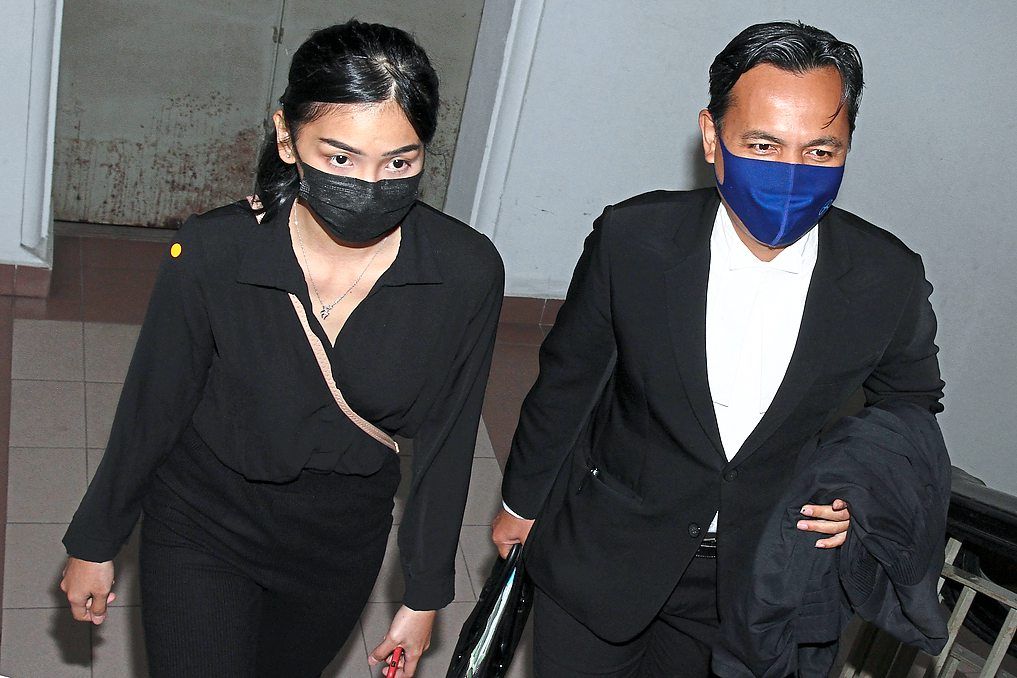 Back in court: Sam arriving at the Johor Baru High Court with Muhammad Faizal.

The court also ordered the accused to hand over her passport and driving licence until the case is over.

In October 2019, magistrate Siti Hajar Ali, in acquitting Sam, said the accused could not be prosecuted based on the failure of the investigation officer to investigate the case properly.

She said the accused had the right to drive her car, and had driven her vehicle within the speed limit, was not driving while using her phone, was not drunk, and was using a car seat belt.

She said it was impossible for the accused to have predicted the whereabouts of the group of teenagers behind the hill at 3am that day.

Siti Hajar said the road conditions had also limited the field of vision of the road user and the group had gathered behind the hill to race on the road that had dim lighting.

She said the victims had also made dangerous modifications to their bicycles by removing brakes and lowering the seat to the same level as the handlebars where they also failed to equip themselves with proper safety equipment such as reflective jackets or bicycle helmets.

The prosecution filed a notice of appeal against Sam’s acquittal in November 2019.

Meanwhile, one of the victims’ mother, Nur Cahya Amrun, said she thought the case was over when the accused was acquitted.

“I do not want this case to prolong any longer because I accepted that my son, Fauzan Halmijah, is no longer around.

“Maybe as parents we share the blame and maybe the accused is also wrong. But for me, everyone is wrong in this incident, ” she said when met outside the courtroom.

Nur Cahya added that she did not want to be reminded about what happened to her son.

“I love my son but if it is already fated how it will end, then we should accept the way it is, ” she said.