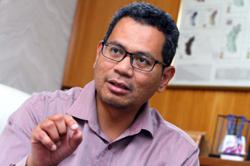 What it would look like: An aerial view of a quarry operation that uses underground mining technique in Malim Nawar, Kampar. — Courtesy of Kinta Valley Watch

IPOH: Underground mining operations can be considered provided that the location does not endanger any public interests.

Such an operation will also depend on the amount of deposits found in the location, said Perak Mineral and Geoscience Department director Datuk Ahmad Zukni Ahmad Khalil.

The state is heading towards green mining, which includes underground mining, to ensure a balance between quarry operations and sustainability, he added.

“Safety is the main concern, while we also need to consider the reserves or deposits available, ” he said during a virtual press conference held by state tourism committee chairman Datuk Nolee Ashilin Mohammed Radzi yesterday.

“Underground mining can prevent air pollution but to consider it, the location needs to be far away from public areas or public interests, ” he said, adding other aspects to green mining included rehabilitation and enforcement.

It was reported the 330 million-year-old Gunung Lanno in Simpang Pulai was being destroyed by mining activities.

Kinta Valley Watch representative Ching Boon Tat expressed concern that some 30 beautiful and unique caves would disappear due to the quarrying operations.

Ahmad Zukni said the state has amended its mineral policy to ensure there would be a balance between mining and rehabilitation activities.

He said quarry operators need to submit a rehabilitation scheme for the mining site when applying for permits.

“They will also have to submit a scheme to prevent erosion.

“Both these schemes will be used as guidelines and an acknowledgement by the quarry operators to do the rehabilitation work, ” he said, adding that the policy was enforced in 2018 and quarry operators needed time to adapt to it.

“This year, we are still moving smoothly towards it, ” he added.

Nolee Ashilin assured that none of the 18 locations under the Kinta Valley Geopark was involved with any quarrying activities.

The locations would continue to be preserved as tourist destinations, she added.

“The Kinta Valley Geopark is different from other geoparks because it is located in the middle of a city while others are located in natural surroundings and far from development zones.

“It is a challenge for the state to conserve a natural product in the middle of the city with various economic activities, ” she said.

“Development at these locations will be minimal like setting up of signboards or information boards, ” she added. 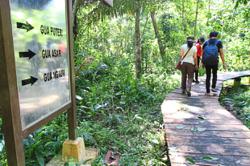