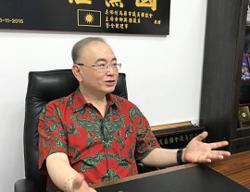 YONG PENG: Datuk Seri Dr Wee Ka Siong says he is glad that the latest standard operating procedure (SOP), which touched on two main issues regarding family reunion dinners and prayers at temples, has addressed the community’s concerns over the matter.

The Transport Minister said the revised SOP for Chinese New Year should be able to give a clearer picture to those celebrating the festivities.

He thanked Prime Minister Tan Sri Muhyiddin Yassin for taking heed of the people’s concerns and for understanding the sensitivity of the issue.

He said when Muhyiddin returned from his working visit to Indonesia, he instructed Defence Minister Datuk Seri Ismail Sabri Yaakob to chair a National Security Council technical meeting to discuss on the revision of the SOP.

He said the previous SOP had caused an uproar among the Chinese community as it might have overlooked the needs of the community, especially those with elderly parents living in villages.

“There are many cases where families have elderly parents living in the 613 Chinese new villages, fishing villages and traditional villages nationwide and their children have moved out with their own families to residential areas nearby.

“We cannot expect their elderly parents, some of whom are 90 years old, to cook and eat themselves.

“The government hopes that with the revised SOP, which allows not more than 15 people living within a 10km radius to attend the reunion dinner, the issue can be put to rest, ” he said at a press conference here on Sunday (Feb 7).

“The previous SOP does have its weaknesses. I hope with the latest guidelines, the Chinese community can move on and look forward to celebrating Lunar New Year in a festive and safe manner.

“At the same time, the people are reminded to keep following the Health Ministry’s SOP of wearing a face mask and maintain social distancing during the festivities to prevent any future clusters.

“The movement control order rules still apply even during the celebrations, which disallows interstate and inter-district travel, ” said Dr Wee.

On Thursday (Feb 4), the government announced that only those living under the same roof could be present for the reunion dinner and prayers.

This caused an uproar within the Chinese community, especially among those whose family members live nearby.

Additionally, prayers at temples are not allowed except for five of the temple's committee members while lion dances, lantern processions, Chingay and other stage performances are prohibited, as is cross-border travel.

Dr Wee: Official announcement on SOP for Chinese New Year to be made soon

Revised CNY SOP: Religious activities at houses of worship allowed on Feb 11, 12 and 19 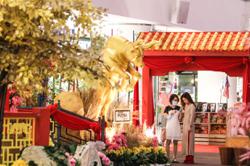