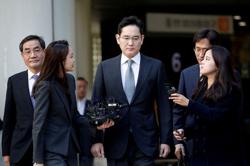 PETALING JAYA: In less than a month, schools will reopen and the much-delayed Sijil Pelajaran Malaysia (SPM) trials will continue.

Parents whose children’s schools have yet to complete the trial exams are anxious over the implications of the delay in sitting for the Form Five trial exams.

In November last year, Education director-general Datuk Dr Habibah Abdul Rahim was quoted as saying that 85% or 2,004 schools had carried out the trial exams while the remaining 346 schools had yet to conduct theirs.

Those schools could not conduct the trial examinations because they were in conditional MCO areas, which included Sabah, Selangor, Kuala Lumpur, Putrajaya and Labuan, she added.

The schools are required to hold the trial exams when schools reopen on Jan 20, she was quoted as saying.

A mother of three, who only wanted to be known as Jolene, is worried that her son, a Fifth Former in a boarding school in Kuala Lumpur, might not have enough time to work on his weaker subjects.

“The SPM trials are used to gauge a student’s weaknesses in the subject matter.

“There may not be ample time to address these weaknesses, as online learning differs drastically from face-to-face learning.

“I’m also concerned about safety measures, like the consistent use of masks and sanitisers among the students within the school compound during and after school hours, ” she added.

Another parent, who only wanted to be known as Janani, said her son’s school in Petaling Jaya completed the remainder of their SPM trial papers online.

Although the mother of two is glad that her son is done with his trials, she feels it is not a strong gauge of where he stands.

“Online exams are not the same as face-to-face; it’s easy to cheat as there’s no one to monitor, apart from the student’s parents.

“Even if they are locked in their room, there’s no telling if they are on Google or have their textbooks next to them, ” she said.

Jennifer Tan said it is unfortunate that the trials and the SPM exams are just one month apart.

Her son is in Form Five at a secondary school here, and she hopes the school will ensure that the papers are graded promptly.

S. Jaya Kumar, whose nephew is one of the students affected, said he hopes universities will defer their application dates to allow time for teachers to mark the SPM trial exam papers.

“Intake dates could be altered to also give students time to look through suitable varsities and programmes once the SPM exams are over, considering how the pandemic has changed everything, ” he said.

Melaka Action Group for Parents in Education chairman Mak Chee Kin said problems are bound to occur as a result of the postponement of trial exams.

While the safety of students and teachers is important, the Education Ministry must be firm with the dates.

“The ministry must address the concerns of parents and student so as not to jeopardise their confidence and motivation, ” he added.

Parent Action Group for Education Malaysia chairman Datin Noor Azimah Abdul Rahim said due to a surge in Covid-19 cases in the country, the delay was inevitable but stressed that it needs to be minimised.

She said school heads have a responsibility to ensure that the SPM trials are completed as soon as schools reopen, and that results are released ahead of the Central University Admission Unit (UPU) applications.

“UPU applications are normally opened in March when the SPM results are released.

“Alternatively, UPU will need to delay applications to accommodate the new normal, ” she added.

Malaysian Association of Private Colleges and Universities (Mapcu) president Datuk Dr Parmjit Singh said the association expects the trial exam results to be released before the SPM exams which start on Feb 22.

He added that SPM trial results are used as forecast results by higher education institutions as conditional entry into foundation and diploma programmes.

“If, for whatever reasons, the official SPM 2020 exams are not held as scheduled, the ministry could adopt the same practice as IGCSE in 2020, where forecast results were used as official IGCSE 2020 results as released by Cambridge.”

“Even if the trial results are out earlier, students may not have time to apply as they will be busy preparing for the SPM exams, ” he said, adding that private higher education institutions may have to move their intake dates accordingly. 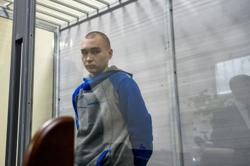