GRIT: THE SECRET TO SUCCESS IN LIFE 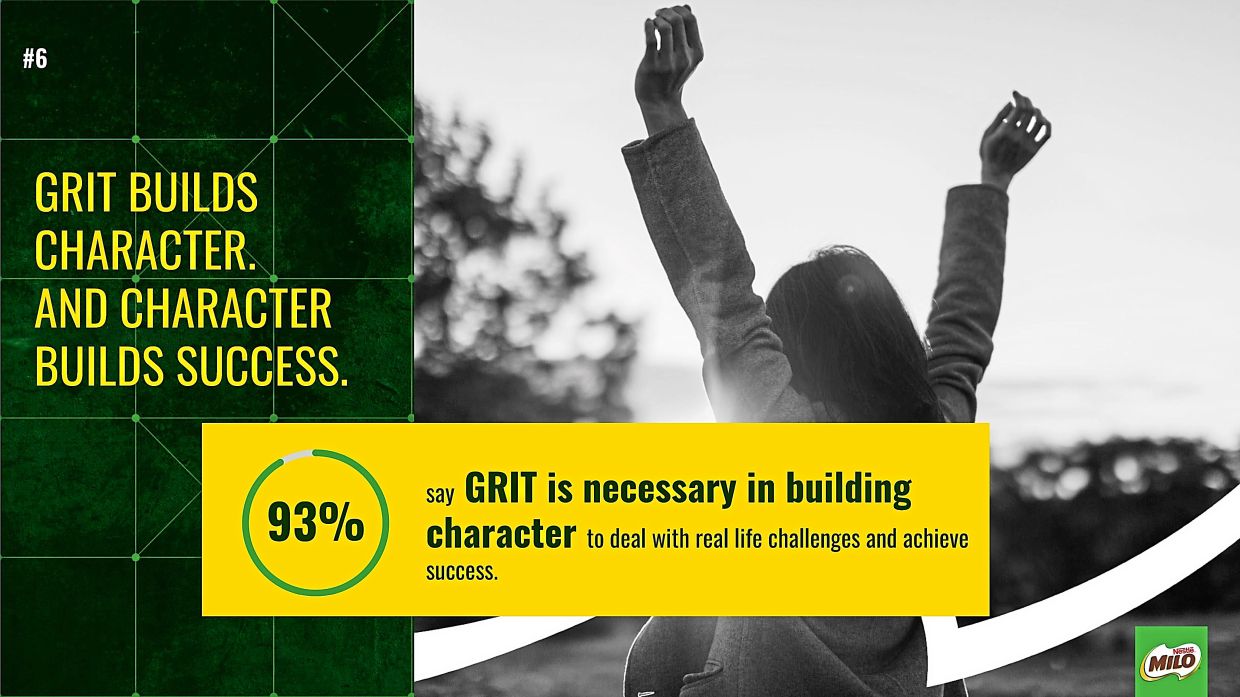 In recent times, you may have come across the word ‘grit’ in the context of raising successful kids, or mentioned as a sought-after requirement by an employer on how he or she hires.

So what exactly is grit?

Grit, according to psychologist Angela Duckworth, is the ability to stick with and pursue a goal over a long period, which is a better indicator of success than IQ or talent.

It encompasses traits that are commonly associated with the never-give-up mindset, as well as the spirit and attitude of champions - such as courage, determination, resilience, tenacity, passion, persistence, endurance and excellence.

In brief, Duckworth’s theory of grit is a special blend of persistence and passion for long-term and meaningful goals in a child, which is the hallmark of high achievers in every domain. 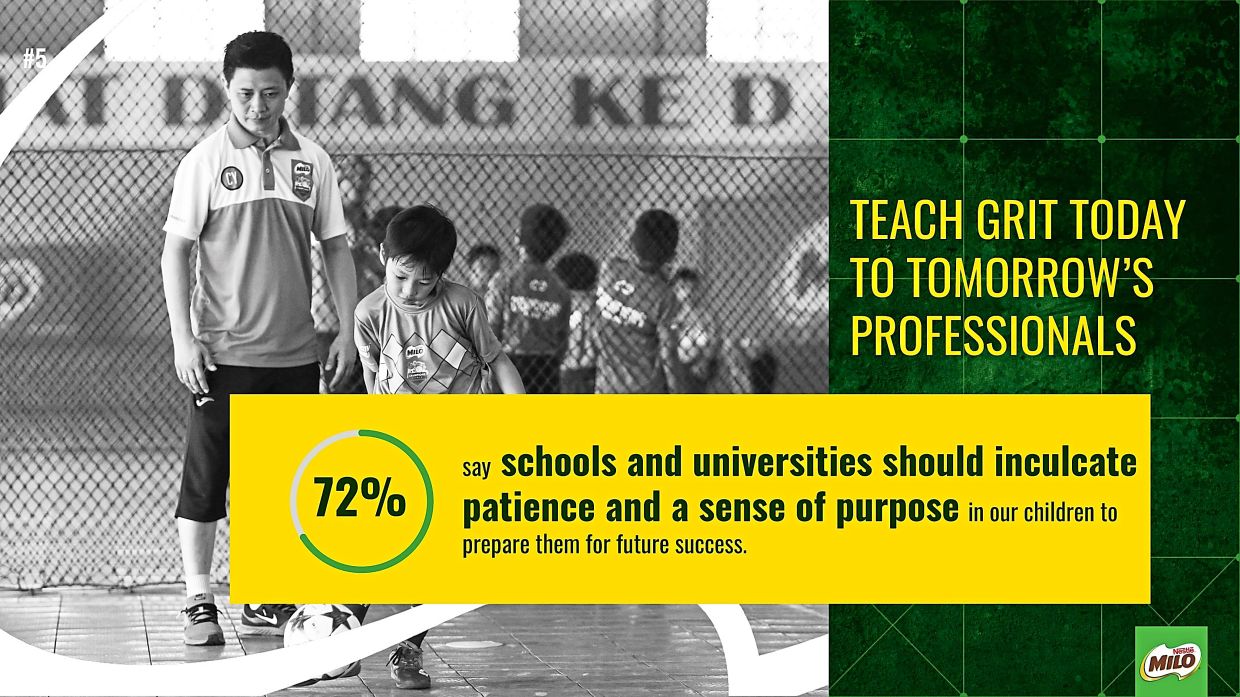 While it is important for children to perform well in academics, equally - or even more - essential is the development of character traits and values that are critical in driving and sustaining their future success, which are often ignored or undervalued by many parents.

This results in most children leading ‘sheltered’ lives and being ill-equipped to face real world challenges. Most crucially, they are unable to develop grit, the ability to persevere and endure - qualities that set the truly successful apart from the rest.

The Grit AdvantageIn its ongoing bid to champion the belief that sport is a great teacher of important life lessons and values, Milo recently commissioned a study among educators and employers called The Grit Advantage that aimed at uncovering the key ingredient that drives success in life in the 21st century.

Simultaneously, the study was set to validate the initial assumptions and discover the extent of grit deficit among Malaysian students and young professionals. 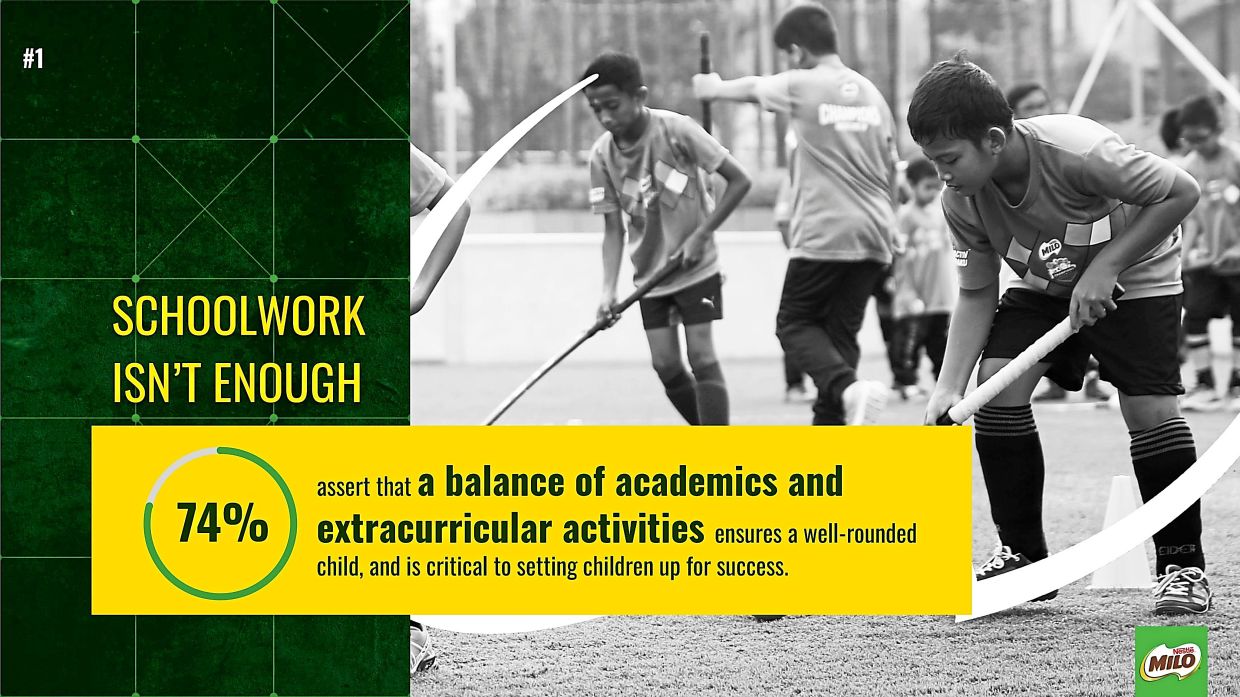 “For 70 years, we have been nourishing the nation with our ambition to keep Malaysians going further.

“The uncertainties and challenges of these current unprecedented times have set us on a course to discover grit as a critical element in a child’s development that will help them to persevere and power through what lies ahead.

“With The Grit Advantage, we hope to set the stage and spark conversations around grit by engaging experts in both the education and employment sectors.

“We also want to strengthen our role as a partner to parents in raising their children with grit, no matter what their children’s passion is. As such, we look to inform and inspire parents for them to start laying the foundation and future-proofing their children, today, towards success with the grit of champions, ” said Nestle (M) Bhd Milo business executive officer Ng Su Yen.

The findingsMilo commissioned a study to understand what educators from different institutions perceive the behaviour of current students, the importance of grit and the traits to be successful, as well as how employers from various industries perceive young professionals today in terms of grit and and key traits when looking into potential hires. 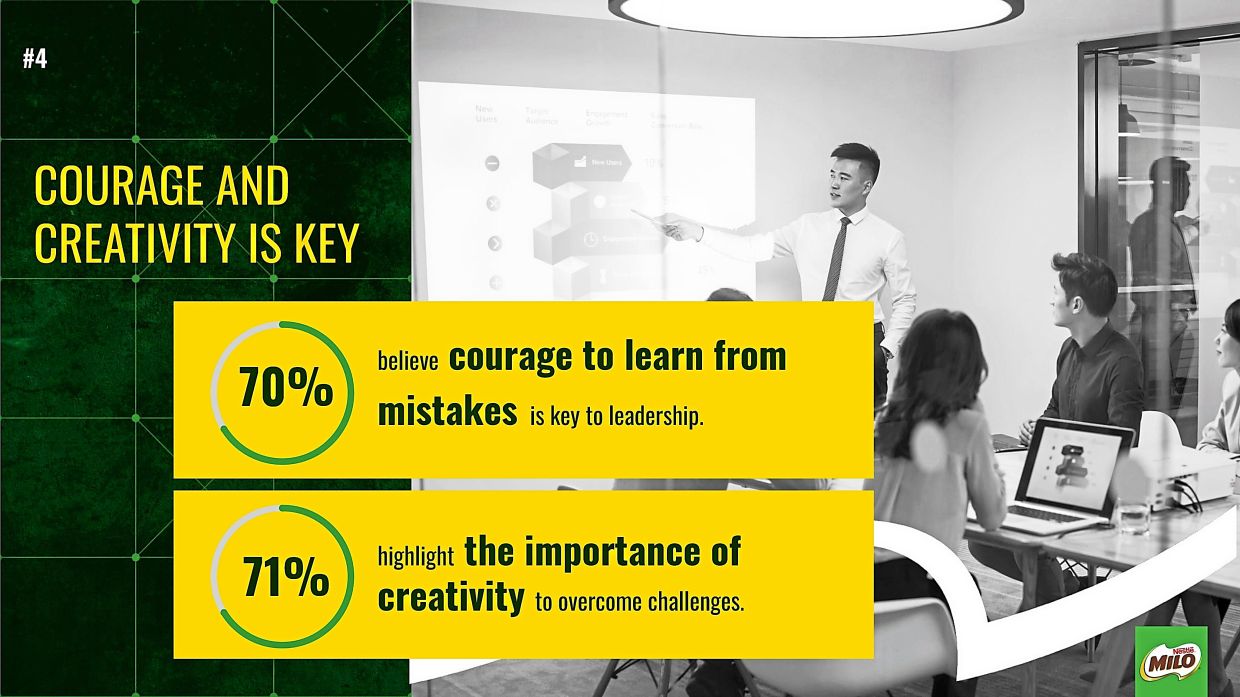 In September, an online self-answered survey was conducted among 103 educators, including teachers and professors, as well as 200 recruitment personnel from human resources, talent acquisition and senior management across the country.

The survey findings revealed that educators caution against single-minded focus on academic achievements alone, with three out of four educators stressing the need to balance academics with extracurricular activities as critical for success.

Some 71% say it is important for children to learn from failure to be successful, while 82% believe that “determination to pursue one’s goal and never give up” is the most important early predictor of success.

A whopping 93% believe grit is central to character building and fulfilling one’s passion.

The survey findings indicated that taking the easy way out is an attitude that is perceived as pervasive amongst today’s young professionals, with 79% of employers noting fragmented career paths and frequent job switches on their résumés.

As many as 72% say children today need to be taught patience and a sense of purpose, while 70% agree young professionals must be open to making mistakes and learning from them, in order to achieve enduring success on their career path.

When it comes to hiring talents, seven out of 10 employers choose well-rounded individuals over those with just good grades.

As a conclusion, a resounding 80% of educators and employers point to grit as the defining factor that will take our children on the path to significant, lasting success in the 21st century.

Malaysians are also invited to join the grit conversation by tuning in to the Milo Grit Advantage Forum featuring a panel of experts on Dec 3 from 9pm to 10pm via Milo Malaysia Facebook. 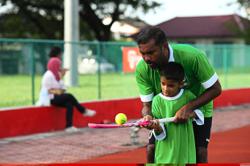