He added the affected airline workers should apply for SIP benefits online through eis.perkeso.gov.my or go to the nearest Social Security Organisation (Socso) offices.

“Socso will assist them in finding jobs through the MYFutureJobs portal. Malindo Air staff are also eligible to participate in training programmes (reskilling and upskilling) provided by Socso or the Human Resource Development Fund (HRDF), where training fees are fully supported by the government,” he said in a statement on Wednesday (Nov 4).

Malindo Air said that it has laid off 2,647 workers since Nov 1. A total of 439 Malindo employees were offered unpaid leave for a year, with the hope of returning to work once the economy recovers, while 347 more were offered.

Voluntary Separation Scheme (VSS). The remaining 1,861 were given termination of service notices with minimum compensation under the Employment Act 1955.

Saravanan said the management of Malindo AIrways have received assistance from the Employment Retention Program (ERP) for two months in April and May 2020.

“Malindo Airways have received Wage Subsidy Program (PSU) payments amounting to RM240,000.00 for the month of July and August 2020 for 200 employees,” he added.

The Wage Subsidy Program is a government initiative to alleviate the burden of employers in terms of operating costs and indirectly, prevent employees from losing their jobs and sources of income.

Saravanan said for 439 Malindo employees who were given unpaid leave for a year, they should assume that their service contracts have thus ended and they can apply for loss of job claims under SIP, so they can get help to finance their livelihoods while seeking for new jobs.

Saravanan said the ministry is very concerned over the problems faced by the aviation sector workers in the country.

“The aviation sector is among sectors seriously affected by the Covid-19 pandemic.

“The recovery of this sector is expected to take some time until 2023, which forces employers to let go their workers to prevent the industry from suffering from more losses,” he added. 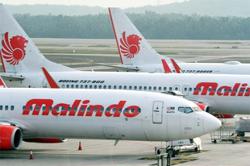