KOTA KINABALU: Sabah continues to record the nation’s highest Covid-19 numbers at 927 cases, with the Kepayan Prison cluster having the most at 439 cases as of Oct 26.

Minister in charge of Covid-19 affairs in the state, Datuk Masidi Manjun said the Kepayan Prison cluster is from a total of 532 positive cases in Kota Kinabalu, which also saw three deaths in this district.

Sabah, he said, recorded a total of seven deaths and 517 recoveries on Oct 26.

“A new cluster - Kapor cluster in Kudat - has been detected with 46 cases, ” he said.

The district with the second highest number in Sabah is Tawau at 81 new cases and a death, while Sandakan, Kudat and Lahad Datu recorded 64 (two deaths), 47 and 46 new cases respectively.

Masidi said there is a death in Tuaran while the new cases there were 28, followed by Penampang (27), Putatan (23), Semporna (16), Keningau and Kinabatangan with 11 new cases respectively and Papar, as well as Kota Belud, at 10 cases each.

“Kunak and Kota Marudu have six and four new cases each, while Pitas and Telupid record three new cases respectively, ” he said.

Nabawan has two new cases while Beaufort, Tenom and Ranau have one new case respectively.

On the enhanced movement control order (MCO) imposed on several localities in the state, Masidi said it would be extended for another two weeks until Nov 9 in Taman Khazanah Indah and Mutiara Kasih flats in Lahad Datu as well as Felda Umas Kalabakan.

“Essential shops at these areas will, however, be allowed to operate from 6am to 6pm during this period, ” he said.

Two new areas - Taman Mesra and Taman Mawar - Sandakan, will be subject to the enhanced MCO, starting Oct 28 to Nov 10, he said.

“We have so far distributed a total of 90,471 food baskets statewide, ” he said.

On another matter, he said a total of 65 roadblocks in 65 localities have been conducted to date, with 27,609 vehicles inspected and 234 drivers asked to turn back.

“Six arrests were made and 25 compounds had been issued for Covid-19 SOP violators, ” Masidi said. 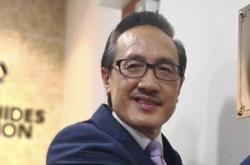