PETALING JAYA: Moneychangers and remittance businesses that have been hit hard by the effects of Covid-19 are now finding they have to protect themselves from scammers who misuse their names.

“Our members, who are in the moneychanging and remittance industry, had to break it to the caller that they had been duped by unscrupulous parties,” said Adam, who suspects scammers were using social media to run their scams by creating a page under the name of a legitimate company to convince their victims.

Some would also use pictures of supposedly religious scholars to gain their victims’ confidence.

Adam said victims taken in by the claims would invest thousands only to find out too late that they had been taken for a ride.

He said such scams have tarnished the reputation of the money service business, which is already suffering from a soft business landscape due to travel bans and other restrictions during the movement control order (MCO).

“Their other concern is that victims might take legal action against money service businesses, instead of the scammers themselves,” said Adam, who added the association has police reports on the scams as well as lodged reports with the Malaysian Communication and Multimedia Commission.

He said about 10 of the association’s 360 members have done so, but believes there are more who have yet to come forward.

Adam also advised investors to not skip their research on a company before committing, adding that anything they find on Facebook is likely “too good to be true”.

He also said investors should check with Bank Negara Malaysia (BNM) on the legitimacy of schemes offered.

Investors should also be wary of investment scheme proposals they receive via text messages or calls. 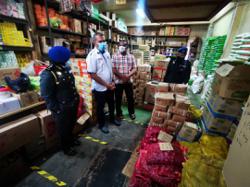 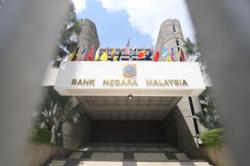