PETALING JAYA: The country’s first-ever clinical practice guidelines on the management of thyroid disorders has been published by the Malaysian Endocrine and Metabolic Society (MEMS).

MEMS president Datuk Dr Zanariah Hussein said while there had been a consensus statement on thyroid disorder management, there was a great need for standardised and updated guidelines for clinical practice.

As such, she described the publication of the guidelines as an “important milestone” on managing thyroid disorders, which commonly go undiagnosed.

“The prior guidance on the management of thyroid disorders was in the form of a consensus statement developed 20 years back in the year 2000.

“Over the years, MEMS has continued to update and train healthcare providers in thyroid disease management with reference to international clinical guidelines.

“The clinical practice guidelines are the result of much hard work by a group of committed and dedicated individuals, ” she said, giving credit to those in academia and also private and public healthcare practitioners.

The launch of the guidelines had taken place in Le Meridien Hotel on Saturday (Oct 3).

He cited a nationwide study conducted in 2017 on thyroid-related problems in the country, which found that 3.4% of the Malaysian population had hyperthyroidism and 2.1% had hypothyroidism.

“The study also found that 9.3% of the population had goitre (thyroid gland enlargement) and 3.6% had thyroid nodules.

“Most of these individuals presenting with thyroid dysfunction were previously undiagnosed, with their disorder only being detected during the study, ” he said.

The study, whose key investigator was Dr Mohammad Arif Shahar, is now known as the MyEndo Thyroid Study.

Dr Norhizan commended that the development of the guidelines which contained 270 recommendations had been laborious, time-consuming and required a dedicated group of experts to sift through the wealth of research in the matter.

“The CPG (clinical practice guidelines) were approved by the Malaysian Health Technology Assessment and Clinical Practice Guideline Council in November 2019, ” he said.

The thyroid is a gland that secretes hormones which regulate one’s metabolism, and thyroid diseases are the second most common endocrine disorder after diabetes. 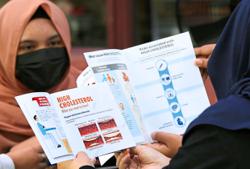 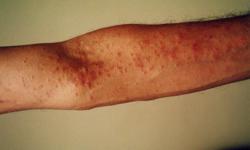