GOVT WAGE SUBSIDY TO THE RESCUE

This is the most challenging experience for the bear conservation centre, but the Wage Subsidy Programme is a big help, said Wong from Sabah.

THE Wage Subsidy Programme was introduced by the Perikatan Nasional Government to assist employers economically impacted by Covid-19, to ensure they would be able to continue operating their businesses and to prevent workers from losing their jobs.

It came into effect on April 1, and RM13.5bil of the Perikatan Nasional Government’s RM260bil Prihatin Rakyat Economic Stimulus Package was set aside for this.

Malaysians earning less than RM4,000 a month are eligible for the subsidies with the amount depending on the size of the company’s workforce.

In early June Prime Minister Tan Sri Muhyiddin Yassin announced that the PN Government would allocate an additional RM5.3bil to extend the programme.

The wage subsidy is indeed a blessing for struggling businesses.

“We are running out of ideas to raise money for the upkeep of our centre, ” said Dr Wong Siew Te, CEO and founder of the Bornean Sun Bear Conservation Centre.

Wong has been organising fundraisers and adoption campaigns, and more recently a Virtual Sun Bear Run to raise money for the rehabilitation of their 45 rescued bears.

During the movement control order period which started in March, the centre – usually open to the public and a ecotourism highlight in Sandakan – had to close down, and only resumed operations in June.

“Before the MCO, 70% of revenue came from ticketing. We are a non-profit organisation with 27 employees, and our work revolves around taking care of rescued sun bears which have been kept illegally by the public.

“Our work also incorporates education awareness and rehabilitation of the bears before they are returned to the wild. 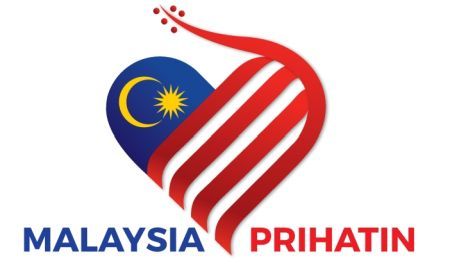 “Six years ago we were able to construct a visitor’s centre, and this generates revenue so we can run our programmes, ” he said.

The BSBCC team is made up of several units including bear care, education, maintenance, ticketing and sales, and HR and finance.

“The bear care team had to work throughout MCO, ” Wong said, adding that the subsidy from the PN Government was a big help.

“Each of our staff was able to get RM1,200 for the first three months and half the amount in the subsequent three months, ” he said, adding that the financial situation is still very tough for the centre whose monthly expenses average RM120,000.

“This is by far the most challenging experience I have had with the centre, and I really need to appeal for to the public as well as the government for assistance to face the future.”

The FF Shop, an advertising and printing business for signboards and name cards, and making tarpaulins and banners in Tawau, is in a similar situation.

“During the MCO, we had to close shop for about two months, ” said Isma Mathius Matius, a general clerk who has been with the store for almost a year now.

“Initially we had three workers. Since we reopened we have been able to add a new worker under the Wage Subsidy Programme which offers a hiring incentive of RM800 per unemployed person aged below 40, ” she said.

The rest of the workers received RM1,200 for three months now, and in addition to this, FF Shop was also able to claim RM600 under the employee retention programme (ERP).

“We are all so grateful because the number of job orders during the last few months has dropped drastically, ” Isma said.

“We would not have been able to stay afloat without this financial assistance. Whatever sales we get during this time, the revenue goes to the rent and other operational expenses.”

She added that the opportunities for work are so slim.

“In Tawau, you would probably only be able to find work at the market or a grocery shop right now. What’s more is that the number of Covid-19 cases is on the rise and that is really worrying. So being able to retain our jobs here at the printing shop has been a blessing.”

At Klinik Elopura in Sandakan, manager Lily Tan shared: “During the MCO all businesses were affected tremendously. And even though we are considered an ‘essential service’, our business was affected too.”

Tan who has been with the clinic for more than two decades explained that by law they were only allowed to operate 8am-2pm, as compared to 8am-5pm then 7pm-9.30pm before.

“We had only 30% of patients coming in, ” she said, adding that salaries had to be cut to cope with the reduction in revenue.

The wage subsidy from the PN Government helped to ease their financial constraint.

“We are able to retain all our 31 employees. Times are bad for everyone, but we are able to support our families with this timely aid, ” she said.