Chew, who was called in for questioning, was arrested and released on a MACC bail of RM50,000.

"MACC arrested Chew after I accompanied her to have her statement taken," said Chew's lawyer, Lee Khai.

Lee said Hui Ying was not involved in the case and that she posted bail after Chew was arrested.

Chew is expected to be charged with businesswoman Phang Li Koon at the MACC court in Butterworth next week.

An online portal reported that Phang, who was charged with Lim over graft allegations in 2016, was called in for questioning last night and detained. Guan Eng's wife to be charged under Amla on Tuesday (Aug 11), says lawyer 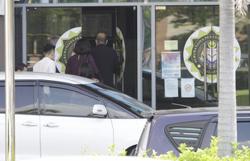