ALOR SETAR: Despite eight roadblocks set up on all main access roads to Napoh, police are having a hard time keeping people from leaving town because of the many trails and dirt roads in the area.

Kedah Police Chief Comm Datuk Zainuddin Yaacob said,"The eight roadblocks were set up at main access roads in Kubang Pasu to stop outsiders from getting in and to ensure no one comes out.

"However, in reality, all these measures are not enough," he said.

According to him, there are many trails and dirt roads meandering in and out of the four sub-districts under the temporary enhanced movement control order (MCO).

Comm Zainuddin appealed to those in the area not to leave their homes until the situation is over.

"The roadblocks set up arenot enough to stop villagers from sneaking out of the villages.

"I hope villagers will cooperate with police instructions by staying in the affected areas," he said.

"The police will request help from the Armed Forces as well as Rela to carry out the operations, as besides Covid 19, police are also tasked with crime prevention," Comm Zainuddin said.

He also said all statements relating to the temporary enhanced MCO will be made by the Kedah Mentri Besar to avoid confusion.

"The roadblocks will be manned around the clock at the eight locations," he said.

When asked if reports had been made over threats via social media made to victims in the Sivagangga cluster, he said police had not received any information so far. 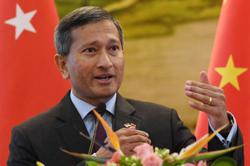