“At present, enforcement activities by the DOE is carried out under the Environmental Quality (Prescribed Activities) (Environmental Impact Assessment) Order 2015.

“To further empower the department, a new parameter for pollutants is being drafted for activities not covered under the environmental impact assessment,” the Deputy Environment and Water Minister said when replying a question raised by Datuk Seri Bung Moktar Radin (BN-Kinabatangan).

Bung claimed that poor DOE enforcement and irresponsible palm oil companies had resorted to waste dumping, resulting in the pollution of the 560km-long Sungai Kinabatangan.

Ahmad Masrizal said current DOE enforcement powers were being updated to tackle pollution stemming from manufacturing activities.He acknowledged that enforcement against such activities such as waste dumping was not an easy task as it was done arbitrarily by some companies.

Earlier, he told lawmakers as of June this year, the DOE had conducted 14 enforcement checks on plantations with notices issued to two companies and another slapped with a compound.

Last year, he said the DOE carried out enforcement checks on 19 plantations which saw two companies taken to court and eight others issued with notices.

In 2018, DOE inspected 19 plantations with four companies issued with notices and one compounded.

Despite the movement control order, Ahmad Masrizal said the DOE had been conducting enforcement against illegal open burning activities.

He said up to this month, 74 open burning cases were detected in oil palm plantations and 19 in rubber estates.

Last year, there were 178 cases of open burning in oil palm estates and 29 in rubber estates.

Flexi working arrangements in the pipeline

Ministry: Only 25% of govt hospitals have enforced EMR system

DOE to be given more teeth to go after polluters, says deputy minister 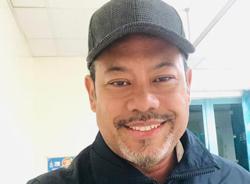