GEORGE TOWN (Bernama): The investigation papers on the Penang undersea tunnel project is in the final stage of completion, says the Malaysian Anti-Corruption Commission (MACC).

The investigation papers on the project are expected to be completed within two to three weeks and would be submitted to the deputy public prosecutor for further action, chief commissioner Datuk Seri Azam Baki told Bernama when contacted here Friday (July 3).

On Wednesday (July 1), Chief Minister Chow Kon Yeow said the state government had received a letter from the MACC to interview several state executive councillors and leaders regarding the undersea tunnel issue. 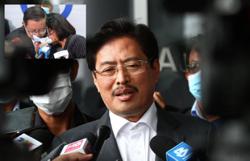